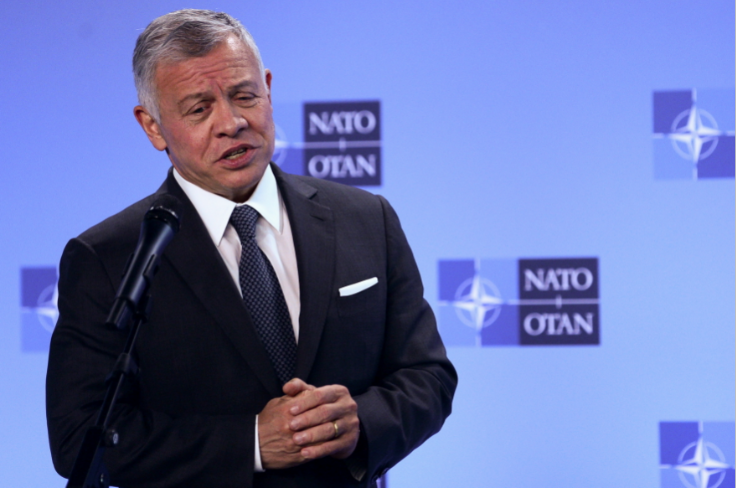 King Abdullah said Jordan "puts all its diplomatic relations and capabilities at the service of the Palestinian cause", state news agency Petra reported.
Image: REUTERS/Johanna Geron/Pool

Jordan's King Abdullah stressed on Sunday the importance of translating the Gaza ceasefire into an extended truce, and said there is no alternative to a two-state solution between Israel and the Palestinians.

King Abdullah called for "stepping up Arab and international efforts to translate the ceasefire into an extended truce to push for a political solution that fulfils the legitimate rights of Palestinians", the royal court wrote on Twitter.

Egypt and Qatar, which has ties with Hamas, led regional efforts for the ceasefire that ended 11 days of fighting in which aerial bombardment of Gaza killed 232 Palestinians and rocket attacks killed 12 people in Israel.

King Abdullah said Jordan "puts all its diplomatic relations and capabilities at the service of the Palestinian cause", state news agency Petra reported.

The king also said "there is no alternative to a two-state solution to achieve just and comprehensive peace", Petra added.

A ceasefire between Israel and Hamas-led Palestinian militants in the Gaza Strip held into Saturday as officials said Egyptian mediators conferred ...
News
7 months ago

A ceasefire between Israel and Hamas held into a third day on Sunday as mediators spoke to all sides about extending the period of calm after the ...
News
7 months ago

An Egyptian-mediated truce between Israel and Hamas began on Friday, but Hamas warned it still had its "hands on the trigger" and demanded Israel end ...
News
8 months ago