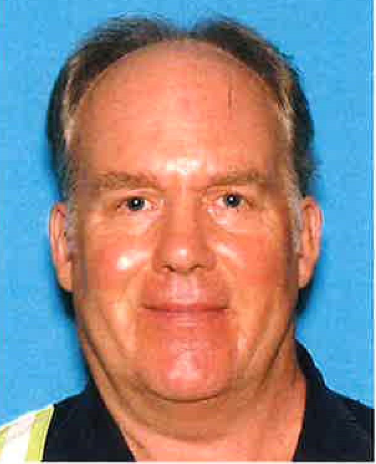 Samuel Cassidy, a transit employee who fatally gunned down nine co-workers and killed himself at a Northern California rail yard, is seen in this handout photo released to Reuters on May 28, 2021.
Image: via SANTA CLARA COUNTY SHERIFF'S OFFICE/Handout via REUTERS ATTENTION EDITORS - THIS IMAGE HAS BEEN SUPPLIED BY A THIRD PARTY. MANDATORY CREDIT. NO RESALES. NO ARCHIVES

A transit employee who gunned down nine co-workers and killed himself at a Northern California rail yard was "highly disgruntled" long before carrying out the latest US shooting rampage, the county sheriff said on Thursday.

Local authorities have declined to speculate on a precise motive for Wednesday's gun violence in San Jose, California, saying their work at the scene could take days, assisted by the FBI and the Bureau of Alcohol, Tobacco, Firearms and Explosives.

Sheriff Laurie Smith said in a written statement that the gunman's feelings about his workplace at the Santa Clara Valley Transportation Authority (TVA) "may have contributed to why he targeted" his co-workers.

"Based on recent developments in the investigation we can say that the suspect has been a highly disgruntled VTA employee for many years," Smith wrote.

The statement named the gunman as Samuel Cassidy, 57, whose identification had been widely reported by news media since soon after the shooting.

The gunfire erupted just after a morning union meeting at a light-rail maintenance yard about 50 miles south of San Francisco in the heart of Silicon Valley. Cassidy shot himself minutes later as police arriving on the scene closed in, according to Smith.

The gunman and the nine victims shot dead were all employees of the Santa Clara VTA. The victims were found in two buildings on the site, near the city's airport.

The Wall Street Journal, citing a Department of Homeland Security memo, reported that US customs and border officers detained Cassidy in 2016 as he returned from the Philippines and found that he professed a hatred of his workplace.

At the time Cassidy had in his possession "books about terrorism and fear and manifestos ... as well as a black memo book filled with lots of notes about how he hates the VTA," the Journal quoted the memo as stating.

The memo did not say why Cassidy was detained but notes that he had a "minor criminal history", including a 1983 arrest in San Jose for "misdemeanor obstruction/resisting a peace officer," the Journal reported.

A California transit employee killed eight co-workers and wounded another before taking his own life on Wednesday, the latest in a spate of deadly US ...
News
1 year ago

The newspaper said it was unable to determine whether customs officials shared their findings with the VTA or local law enforcement, and that the Homeland Security Department declined comment.

On Wednesday, authorities said the gunman set fire to his house just before going to the rail yard. Nobody was found inside the home and the blaze was quickly extinguished. An explosive device was discovered near the crime scene following the shooting.

The attack was the latest of at least nine U.S. mass shootings over the past three months that each claimed four or more lives. This includes a string of attacks that left eight dead at Atlanta-area day spas in March and a rampage days later that killed 10 at a Colorado supermarket. Last month, a former employee of an Indianapolis FedEx center shot eight workers to death before killing himself.

The local medical examiner-coroner's office identified victims late on Wednesday, all of them male ranging from 29 to 63 years of age. Eight were slain at the scene, the ninth died hours later at a hospital.

Victims and their families were remembered on Thursday evening during a vigil at City Hall attended by dozens of supporters who joined in a rendition of "Amazing Grace."

Victim Paul Delacruz Megia's wife broke into tears as she told the crowd she had never expected to find herself mourning her 42-year-old husband.

"God took my best friend husband too soon and I'm wishing I could give him one last hug and tell him how much I love you. I love him always," Nicole Yamada said.

Cassidy had worked for the transit authority since at least 2012 and was promoted to "substation maintainer" in 2015, according to records posted by the nonprofit website Transportation California.

His ex-wife, Cecilia Nelms, told the Mercury News on Wednesday he would rant about his co-workers and bosses and would sometimes lash out at her. He complained about what he saw as unfair work assignments at VTA, she told the paper.

A 22-year-old man accused of fatally shooting 10 people at a Colorado grocery store in March made a brief court appearance on Tuesday, a day after ...
News
1 year ago