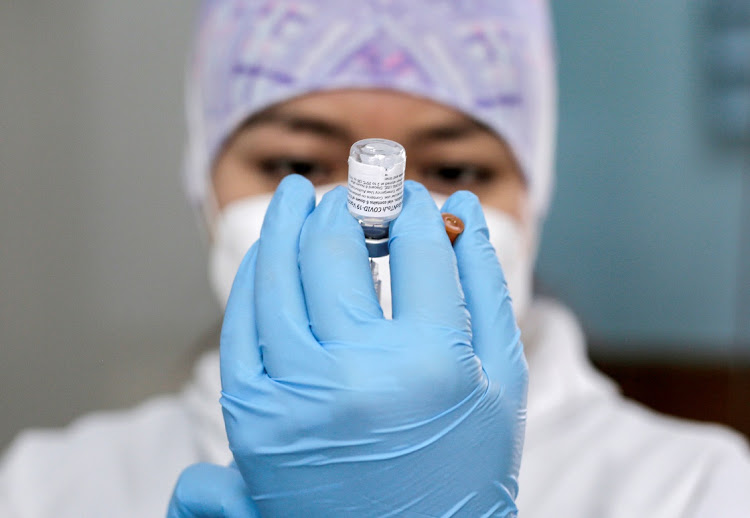 Israel's Health Ministry said on Tuesday it had found the small number of heart inflammation cases observed mainly in young men who received Pfizer's Covid-19 vaccine in Israel were likely linked to their vaccination.

Pfizer has said it has not observed a higher rate of the condition, known as myocarditis, than would normally be expected in the general population.

In Israel, 275 cases of myocarditis were reported between December 2020 and May 2021 among more than 5 million vaccinated people, the ministry said in disclosing the findings of a study it commissioned to examine the matter.

Most patients who experienced heart inflammation spent no more than four days in the hospital and 95% of the cases were classified as mild, according to the study, which the ministry said was conducted by three teams of experts.

The study found “there is a probable link between receiving the second dose (of Pfizer) vaccine and the appearance of myocarditis among men aged 16 to 30,” it said in a statement.

According to the findings, such a link was observed more among men aged 16 to 19 than in other age groups.

Pfizer said in a statement that it is aware of the Israeli observations of myocarditis, noting that no causal link to its vaccine has been established.

Adverse events are thoroughly reviewed and Pfizer meets regularly with the Vaccine Safety Department of the Israeli Ministry of Health to review data, it said.

Israel had held off making its 12- to 15-year-old population eligible for the vaccines, pending the Health Ministry report. In parallel to publishing those findings, a ministry committee approved vaccinating the adolescents, a senior official said.

“The committee gave the green light for vaccinating 12- to 15-year-olds, and this will be possible as of next week,” Nachman Ash, Israel's pandemic-response coordinator, told Radio 103 FM. “The efficacy of the vaccine outweighs the risk.”

A US Centers for Disease Control and Prevention advisory group last month recommended further study of the possibility of a link between myocarditis and mRNA vaccines, which include those from Pfizer and Moderna Inc.

CDC monitoring systems had not found more cases than would be expected in the population, but the advisory group said in a statement that members felt healthcare providers should be made aware of reports of a “potential adverse event.”

Israel has been a world leader in its vaccination rollout.

With Covid-19 infections down to just a handful a day and total active cases at just 340 across the country, the economy has fully opened, though restrictions remain on incoming tourism.

About 55% of Israel's population has already been vaccinated. As of Tuesday, restrictions on social distancing and the need for special green vaccination passes to enter certain restaurants and venues were scrapped.

A million people now vaccinated against Covid-19 in SA: Mkhize

More than a million people have now been vaccinated against Covid-19 in SA.
News
1 year ago

A Brazilian study has found CoronaVac to be effective against Covid-19, but it is yet to receive approval from the WHO
World
1 year ago

The World Health Organisation's top emergency expert says the search for the origin of the coronavirus is being "poisoned by politics", days after US ...
News
1 year ago

German researchers on Wednesday said that based on laboratory research, they believed they have found the cause of the rare but serious blood ...
News
1 year ago

Anti-vaxxers use Seychelles case to take jabs at vaccines, but is it vindication?

Surge in Covid cases in world’s most immunised nation has thrown a spanner in the works for scientists. What’s really going on?
World
1 year ago