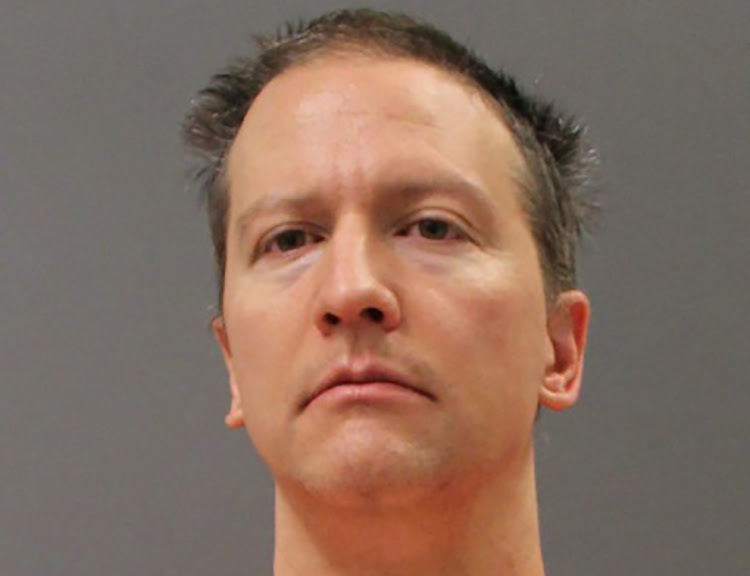 Former Minneapolis Police Officer Derek Chauvin is shown in this police booking photo after a jury found him guilty on all counts in his trial for second-degree murder, third-degree murder and second-degree manslaughter in the death of George Floyd in Minneapolis, Minnesota, US April 20, 2021.
Image: Minnesota Department of Corrections/Handout via REUTERS/File Photo

Former Minneapolis police officer Derek Chauvin asked a judge on Wednesday for probation after being convicted for the murder of George Floyd, while the prosecution said his crime “shocked the Nation's conscience” and he should be imprisoned for 30 years.

In a motion filed with Hennepin County District Judge Peter Cahill, lawyer Eric Nelson said Chauvin's actions in pinning Floyd to the pavement during an arrest was “best described as an error made in good faith” based on his training.

“Mr. Chauvin asks the Court to look beyond its findings, to his background, his lack of criminal history, his amenability to probation, to the unusual facts of this case, and to his being a product of a 'broken' system,” Nelson wrote.

The lawyer asked the judge for a so-called dispositional departure resulting in probation or a downward durational departure, which he said would lead to a sentence less strict than the 128 months to 180 months suggested by state guidelines.

In their own filing, prosecutors argued that Chauvin acted with cruelty, among other aggravating factors, and therefore deserved twice the upper limit of the sentencing range, or 30 years in prison.

A year after his killing unleashed a national reckoning over racial injustice, George Floyd's relatives met on Tuesday with President Joe Biden at ...
News
11 months ago

Relatives of George Floyd, the African-American whose death triggered protests against racism and police brutality across the United States and ...
News
1 year ago

“His actions traumatised the community, prompting an outpouring of grief and protest across Minneapolis and the State. And his actions shocked the conscience of the Nation,” prosecutors in the Minnesota Attorney General's Office wrote.

A Minneapolis jury in April found Chauvin, 45, guilty of second- and third-degree murder and manslaughter after hearing three weeks of testimony in a highly publicised trial. He is scheduled to be sentenced on June 25.

He is being held at a maximum-security prison in Oak Park Heights, Minnesota, while awaiting sentencing.

Last month, Cahill found that prosecutors had shown there were four aggravating factors in the death of Floyd, a 46-year-old Black man.

The judge said Chauvin, who is white, abused his position of trust and authority and treated Floyd with particular cruelty. He committed the crime as part of a group with three other officers and did so with children present, Cahill ruled.

Floyd's May 25, 2020, death — after he was handcuffed on a Minneapolis street with Chauvin's knee on his neck for more than nine minutes — prompted huge protests against racism and police brutality in many US cities and other countries.

In Wednesday's motion, Nelson said the fact that the officers on the scene called for an ambulance “served to mitigate any cruelty” in the treatment of Floyd. Chauvin, he noted, remained on the scene until medical assistance arrived.

“Mr. Chauvin has established that he is particularly amenable to probation and is a prime candidate for a stringent probationary sentence plus time served,” Nelson wrote.

Chauvin has been in prison since his April 20 conviction.

A North Carolina prosecutor said on Tuesday he would not bring criminal charges against sheriff's deputies for the fatal shooting of Andrew Brown, a ...
News
1 year ago

Relatives of George Floyd, the African-American whose death triggered protests against racism and police brutality across the United States and ...
News
1 year ago

Four former Minneapolis police officers face federal civil rights charges for their role in the arrest and murder of George Floyd, according to court ...
News
1 year ago