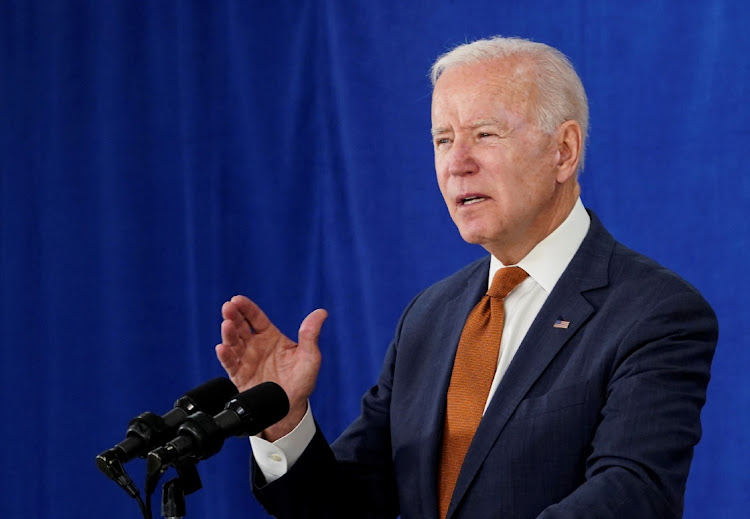 Biden will attend the G7 summit for three days starting on Friday, to work on US policy priorities such as the economy and allied unity.
Image: Reuters/Kevin Lamarque/File Photo

The following are some of the main events of US President Joe Biden's schedule on an eight-day trip to the UK, Belgium and Switzerland, the first foreign trip of his presidency, beginning on Wednesday and lasting through June 16.

June 9: Biden and his wife, Jill, depart on Wednesday morning from Washington. Their first stop in the UK will be at Royal Air Force Mildenhall to greet US Air Force personnel stationed there. Mildenhall is home to the 100th Air Refueling Wing, the only permanent US Air Force air refueling wing in the European theater.

June 10: Biden will meet British Prime Minister Boris Johnson in Cornwall, England, site of the G7 summit, to reaffirm the special relationship between the United States and the United Kingdom.

June 11: Biden will attend the G7 summit for three days starting on Friday, to work on US policy priorities such as the economy and allied unity.

June 13: Biden will finish his meetings at the G7 summit. Afterward, the Bidens will meet Britain's Queen Elizabeth at Windsor Castle. Then Biden will travel to Brussels for the night.

June 14: Biden will meet NATO leaders and have a private meeting with the president of Turkey, Tayyip Erdogan.

June 15: Biden will hold more NATO meetings and then fly to Geneva for the night.

Trump is back, searching for the spotlight again as he takes aim at Biden

After having his Facebook account suspended for two years, Trump starts public re-emergence with focus on his grievances
World
2 weeks ago

US government finds no evidence aerial sightings were alien spacecraft

US intelligence officials have found no evidence that a series of unidentified aerial phenomena observed by Navy aviators in recent years were alien ...
News
2 weeks ago