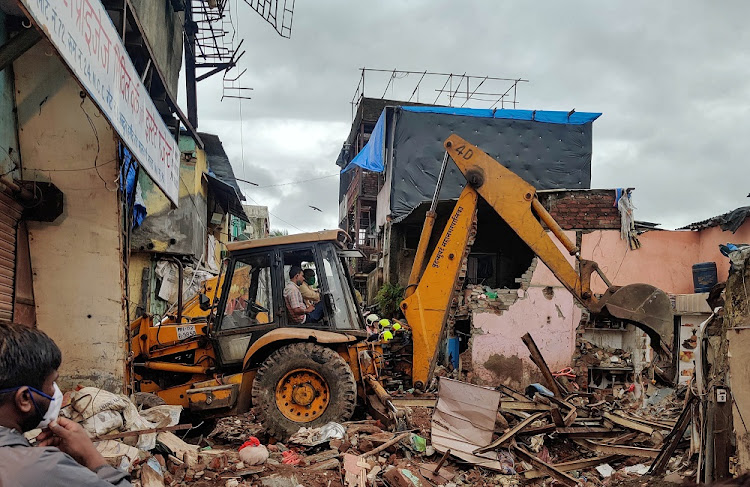 Rescue workers search for survivors in the debris after a residential building collapsed in Mumbai, India, on June 10 2021.
Image: REUTERS/Hemanshi Kamani

At least 11 people, including eight children, died after a Mumbai residential building collapsed on top of another building late on Wednesday, local officials said.

The incident occurred close to midnight in a northern suburb of Mumbai, officials said, adding that more people could be trapped inside the debris. Eight people were injured and have been moved to nearby hospitals, officials said.

Local television showed pictures of rescue workers pulling out debris in a narrow lane, as relatives and onlookers milled about.

Incidents of building collapses become more common in Mumbai during the monsoon. Wednesday was the first day of heavy rains in the city.

Flames of neglect: Jagger Library ruins a stark reminder of what UCT has lost

"When German conservator Tina Loëhr lifts a crate of artefacts rescued from last month’s inferno at the University of Cape Town onto one of about a ...
Opinion & Analysis
4 weeks ago

A 13-storey residential block in the Gaza Strip collapsed on Tuesday night after being hit by an Israeli air strike, witnesses said.
News
1 month ago

How did the fire start and where; what was the extent of the damage and how much would it cost to repair; was anyone injured and what happened to the ...
News
1 month ago