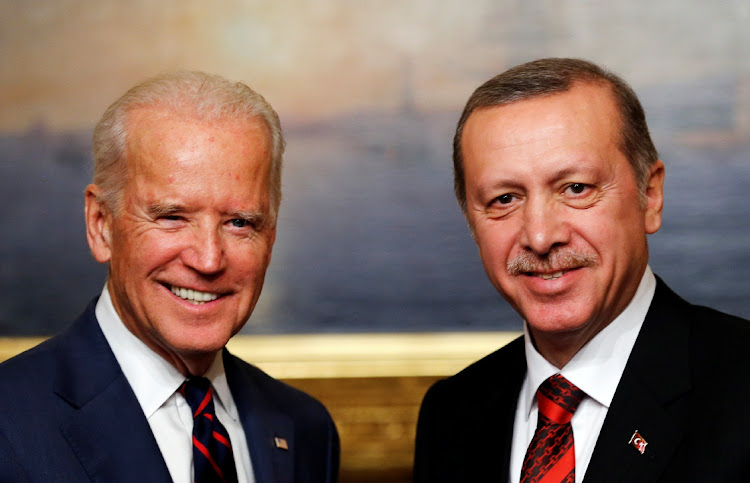 Turkish President Tayyip Erdogan said he and US President Joe Biden must use a meeting on Monday to move on from past troubles, including a bitter dispute over Ankara's purchase of Russian S-400 missiles.

Before travelling to Monday's NATO summit in Brussels, Erdogan said he expected an “unconditional approach” from Washington when he sat down with Biden for their first face-to-face session since last year's US elections.

He said he would also raise the White House's recognition of the 1915 massacres of Armenians in the then Ottoman Empire as “genocide”, a move which had infuriated Ankara, and the US removal of Turkey from an F-35 fighter jet programme.

The following are some of the main events of US President Joe Biden's schedule on an eight-day trip to the UK, Belgium and Switzerland, the first ...
News
1 year ago

The Turkish president, who relied on a close personal relationship with Biden's predecessor Donald Trump to iron out past crises, has been frustrated by the more critical and distanced approach from the new US administration.

Erdogan had to wait three months after Biden's inauguration for their first contact, an awkward phone call in April when the US president informed him of the genocide-recognition plan.

“We need to put Turkey-US ties on the table first-hand,” Erdogan told reporters at Istanbul's airport on Sunday.

“There was a lot of gossip internally and externally, so we need to talk about how we can leave these troubles behind, what we can do and what we will do. Turkey is not just any country — it is an allied country.”

The cooler ties between the two NATO members underline an array of disputes including over US support for Syrian fighters deemed terrorists by Turkey and more vocal US criticism of Ankara's human rights record.

“An ally country taking such a stance on an issue that has nothing to do with NATO, the issue of Armenians, has disturbed and upset us. It is not possible to go on without reminding (Biden of) this,” Erdogan said.

Turkey accepts that many Armenians living in the Ottoman Empire were killed in clashes with Ottoman forces in World War 1, but denies the killings were systematically orchestrated and constitute genocide.

The US cancelled the sale of 100F-35s to Ankara after the S-400 purchase in 2019. Erdogan has accused Washington of breaking promises over the alternative US Patriot missiles.

“Unfortunately there is a Turkey that has realised its promises and a US that has not kept its (promises) or abided by the contract,” Erdogan said of the programme.

“We must see an unconditional approach from the US, without any 'buts', that will add to the co-operation and strength of NATO,” he added.

Washington says the Russian S-400s are incompatible with NATO defences and the F-35 fighter jets, concerns Ankara has rejected.