Mona Lisa up for auction? Not quite 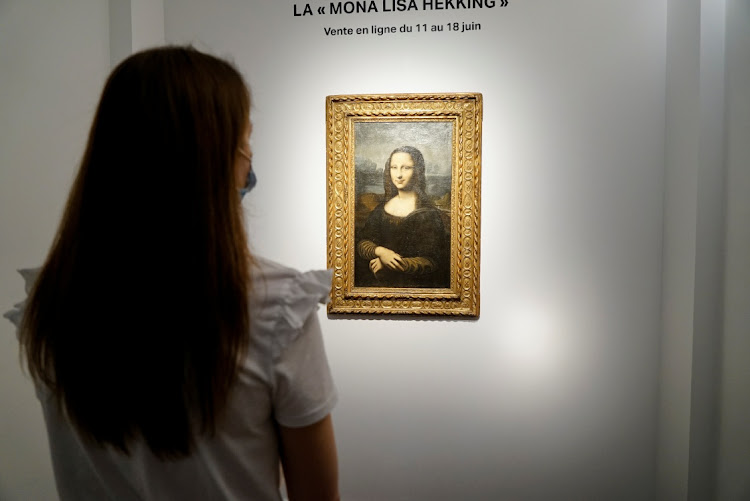 A woman looks at the Hekking "Mona Lisa", a reproduction of Leonardo Da Vinci's Mona Lisa, painted on canvas by an unknown artist from the 17th century and up for an online sale at Christie’s auction house in Paris, France, June 11, 2021.
Image: REUTERS/Lucien Libert

Raymond Hekking spent decades trying to convince the world that the Mona Lisa painting he bought from a French antique shop in 1953 was the real thing and the one in the Louvre Museum was a fake.

Now Christie's auction house has put the 'Hekking Mona Lisa' up for sale, hoping the story of his campaign to realise his dream will help compensate for the fact it is a copy.

“It looks like the Mona Lisa but the quality of the execution is not Leonardo da Vinci,” Christie's International Director of Old Master Painting Pierre Etienne said.

“Unfortunately on that point the dream is a bit over.”

Hekking's argument was that the original painting was never returned after an early 20th century theft, ending up in the shop in the village of Magagnosc in his native Provence while the gallery in the French capital was duped by a copy.

Numerous newspaper cuttings testify to his badgering of the media and a Pathe newsreel item from the 1960s shows US journalists turning up to inspect the copy when the actual Mona Lisa was loaned to the US.

The painting was done by an unknown artist in the early 17th century, around 100 years after the original by the Italian Renaissance master entered the royal collection of Francois I, Christie's said.

Museums are rethinking their rules about visitors snapping photos of art

Why do we scrum like paparazzo to take images of artworks to post on social media, wonders Sean O’Toole
Lifestyle
2 years ago

You're not the only one who doesn't understand modern art

As Patsy of 'Ab Fab' said, 'What the hell is the difference between a painting done by a person who wishes to paint like a child, and a child's ...
Lifestyle
2 years ago