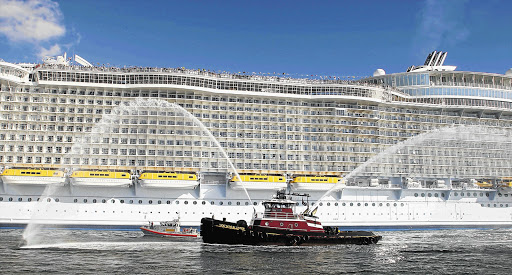 Florida, viewed as a hub for cruise operators, said its ports have suffered a decline in operating revenue of almost $300 million since the pandemic started.
Image: REUTERS

A Federal court in Tampa on Friday granted Florida a preliminary injunction against the Centers for Disease Control and Prevention's (CDC) decision to prevent an immediate resumption of cruise operations.

The order will prevent the agency from enforcing against a cruise ship arriving in, within, or departing from Florida.

The lawsuit was filed in April by Republican Florida Attorney General Ashley Moody and the state had sought a quick lifting of a “nationwide lockdown” on the cruise industry that has been in place since March 2020.

Early in the pandemic, there were dangerous outbreaks of Covid-19 on several cruise ships.

“The federal government does not, nor should it ever, have the authority to single out and lock down an entire industry indefinitely,” Moody said.

Florida, viewed as a hub for cruise operators, said its ports have suffered a decline in operating revenue of almost $300 million since the pandemic started.

The injunction is stayed until July 18, after which time the CDC's sailing order will only persist as a non-binding “consideration”, the order said.

The order also allowed the agency to propose a “narrower” injunction by July 2 to allow cruise ships to sail timely and remain within the agency's authority.

Delta variant of coronavirus seen dominant in Germany by autumn

The more infectious Delta coronavirus variant will become dominant in Germany by the autumn at the latest, the country's top public health official ...
News
3 months ago

A third wave of coronavirus infections is likely to hit India by October, and although it will be better controlled than the latest outbreak the ...
News
3 months ago

SA’s negotiations to secure the Sputnik V and Sinovac Covid-19 vaccines are “at an advanced stage” but, even if millions of doses are secured, they ...
News
3 months ago

Companies should find a reasonable resolution that accommodates all parties when employees refuse to be vaccinated on medical or constitutional ...
Politics
3 months ago