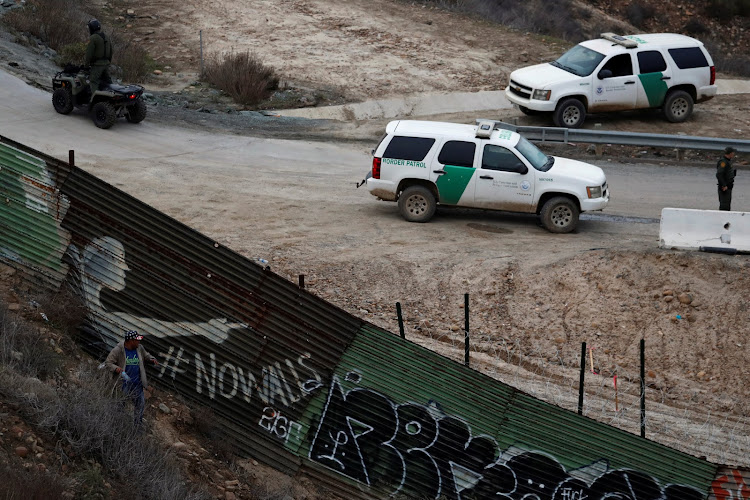 The testimonials offer a detailed look into the conditions within a network of emergency shelters hastily erected by the administration of US President Joe Biden to deal with a sharp rise in the number of unaccompanied migrant children arriving at the US-Mexico border.
Image: REUTERS/Carlos Garcia Rawlins/ File photo

Migrant children sent to emergency shelters within the US described crowded living conditions, spoiled food, lack of clean clothes and struggles with depression, according to 17 testimonials filed in a court case on Monday.

The children, aged nine to 17 and largely from Guatemala, Honduras and El Salvador, in some cases spoke of waiting for months inside emergency shelters overseen by the US government while struggling with the conditions, including trouble sleeping under bright lights and infrequent phone calls to family members.

The testimonials offer a detailed look into the conditions within a network of emergency shelters hastily erected by the administration of US President Joe Biden to deal with a sharp rise in the number of unaccompanied migrant children arriving at the US-Mexico border.

In recent months, the children have been moved more quickly out of crowded Border Patrol stations and into the emergency shelters as part of efforts to connect them with family members or other sponsors in the US.

The children's testimonials, recorded between March and early June, suggest the Biden administration, which has promised a more humane approach to immigration, in some cases struggled to provide optimal care for the children.

About 14,500 unaccompanied children are currently in the care of the US department of health and Human Services (HHS), down from 22,000 in late April. HHS was not immediately available for comment.

In one testimonial, a 13-year-old girl from Honduras said she had been placed on a suicide watch list while at an emergency shelter at Fort Bliss in El Paso, Texas.

The girl, who had spent nearly two months at the facility as of June 4, said she was separated from her father when crossing a river into the US.

“The food here is horrible,” she wrote. “Yesterday we were given hamburgers but I couldn’t eat it because there was a foul odour coming from the bread ... I really only eat popsicles and juice because that is the only food that I can trust.”

A 14 year old Guatemalan girl who was detained at an emergency facility in Houston in April said it was very hot and that she was often thirsty. She said the girls had to drink expired milk when they ran out of water. She saw eight girls faint because of the heat and the lack of water, she said, and staff took them to a nearby hospital.

A 17-year-old girl from Guatemala detained at Fort Bliss described sleeping in a large white tent with about three hundred girls, on cots stacked on top of each other.

She said it was hard to sleep due to the rattling noise the tent’s metal beams made at night, according to a declaration dated April 28. She said it was cold and that dirt came into the tent.

The girl said she had not been able to get information on her case and that she had struggled to get an appointment with a counsellor to talk about her depression.

“A lot of the girls here cry a lot,” she said. “A lot of them end up having to talk to someone because they have thoughts of cutting themselves.”

A 17-year-old teen from Honduras said they slept in a large area in the Dallas convention centre, in which they had been told there were 2,600 children.

“I feel asphyxiated having so many people around me,” the teen said in a declaration dated March 29.

Some migrant families arriving in the United States will be housed in hotels under a new program managed by nonprofit organizations, according to two ...
News
1 year ago

The United States is facing the biggest surge of migrants at its southwestern border in 20 years, the homeland security secretary said on Tuesday as ...
News
1 year ago

More than 3,600 migrant children were being held in US border facilities as of Thursday morning, a US official told Reuters, more than four times the ...
News
1 year ago