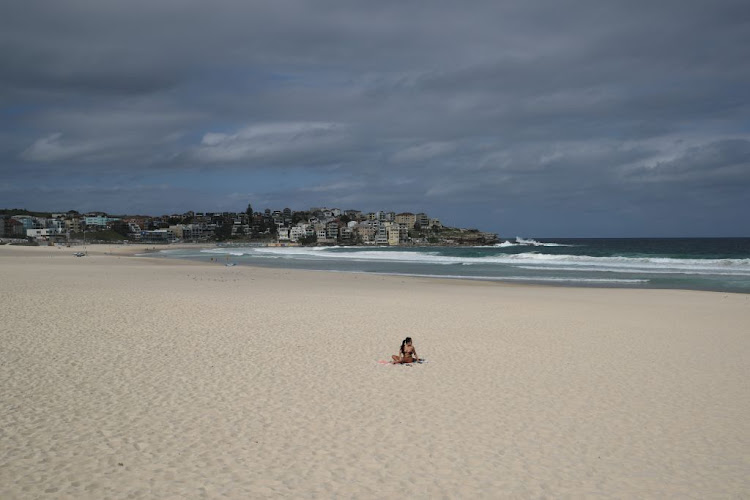 “Not only did they require assistance from (emergency services) and police to rescue them, they also both received a ticket.”
Image: REUTERS/Loren Elliott / File photo

Australian authorities have fined two nude beach sunbathers for breaching a Covid-19 lockdown after they ran into a forest on being surprised by a wild deer and got lost, an incident that went viral on social media.

The men were among 44 people fined at the weekend for infringing curbs in Sydney and surrounding areas meant to rein in an outbreak of the highly infectious Delta variant that has spread to both coasts.

“They were startled by a deer, ran into the national park, and got lost,” Mick Fuller, police commissioner of the most populous state of New South Wales, told a daily briefing, describing Sunday's incident.

“Not only did they require assistance from (emergency services) and police to rescue them, they also both received a ticket.”

In a statement, police said the men had called for help after getting lost in bushland near a remote beach in Royal National Park, a 15,000-hectare (37,000-acre) coastal stretch just south of Sydney that is home to at least one nudist beach.

Emergency crews supported by a police rescue helicopter found a naked 30-year-old man carrying a backpack on a walking track and a 49-year-old who was partially clothed, police added.

The government did not comment on Fuller's Monday disclosure, but some lawmakers joined in a Twitter frenzy that sent the word “deer” trending.

Deer are not native to Australia but about 2,000 of the southeast Asian Rusa breed live in the park since the animals were introduced a century ago, said volunteer group Friends of the Royal National Park.