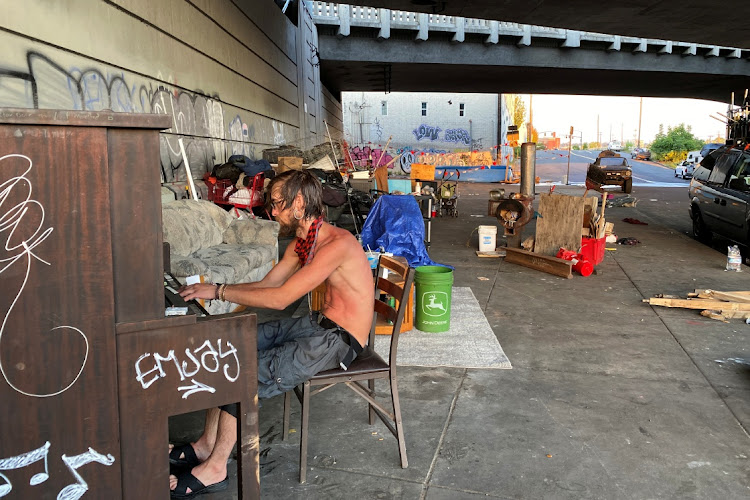 Tyson Morlock plays piano next to a swimming pool hooked to a fire hydrant under a freeway underpass during a heatwave in Portland, Oregon, US, June 29, 2021.
Image: REUTERS/Sergio Olmos

A heatwave that smashed all-time high temperature records in western Canada and the US Northwest has left a rising death toll in its wake as officials brace for more sizzling weather and the threat of wildfires.

The worst of the heat had passed by Wednesday, but the state of Oregon reported 63 deaths linked to the heatwave. Multnomah County, which includes Portland, reported 45 of those deaths since Friday, with the county Medical Examiner citing hyperthermia as the preliminary cause.

By comparison all of Oregon had only 12 deaths from hyperthermia from 2017 to 2019, the statement said. Across the state, hospitals reported a surge of hundreds of visits in recent days due to heat-related illness, the Oregon Health Authority said. 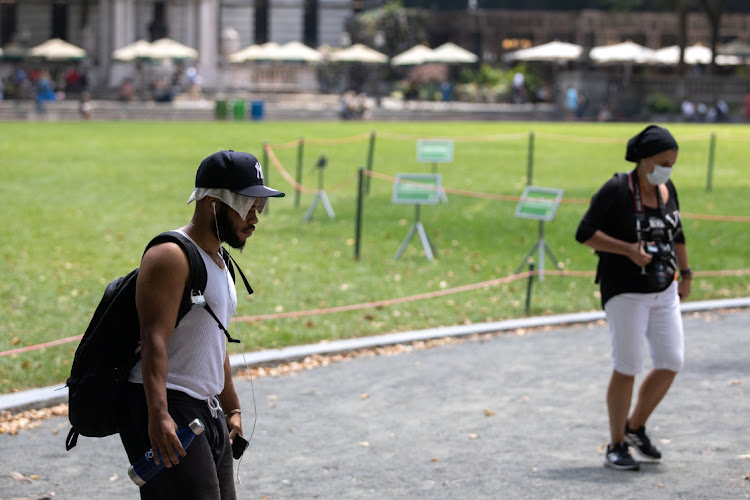 Pedestrians walk through Bryant Park during a heatwave in New York, US, on Wednesday, June 30, 2021. Temperatures in New York and the Northeast will soar again Wednesday, while the heat wave in the western US and Canada is easing after causing blackouts and several deaths.
Image: Jeenah Moon/Bloomberg

In British Columbia, at least 486 sudden deaths were reported over five days, nearly three times the usual number that would occur in the province over that period, the B.C. Coroners Service said Wednesday.

“This was a true health crisis that has underscored how deadly an extreme heatwave can be,” Multnomah County Health Officer Dr. Jennifer Vines said in the statement. “As our summers continue to get warmer, I suspect we will face this kind of event again.”

The heat dome, a weather phenomenon trapping heat and blocking other weather systems from moving in, weakened as it moved east, but was still intense enough to set records from Alberta to Manitoba, said David Phillips, senior climatologist at Environment and Climate Change Canada, a government agency.

“In some of these places, their (temperature) records are being annihilated,” Phillips said. “It really is spectacular, unprecedented for us.” 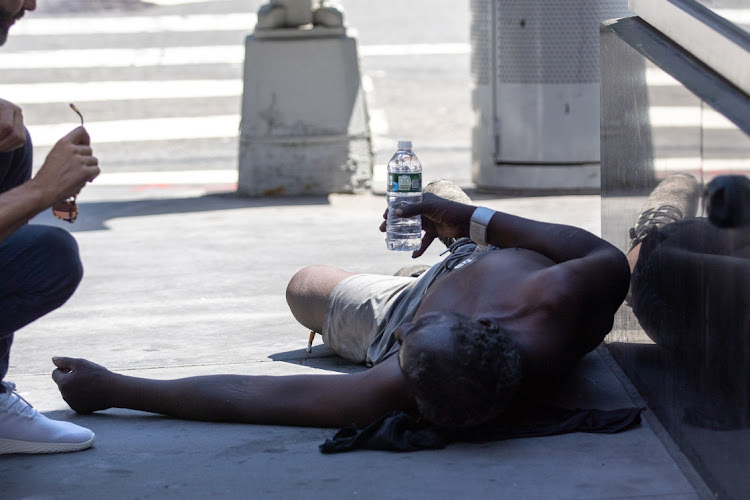 A person lays on the street near Times Square during a heatwave in New York, US, on Wednesday, June 30, 2021.
Image: Jeenah Moon/Bloomberg

It was unclear what triggered the dome, but climate change looks to be a contributor, given the heatwave's duration and extremes, Phillips said.

Canadian Prime Minister Justin Trudeau paused to remember the dead during remarks in Ottawa on Wednesday and expressed concern over the fire threat.

“We've been seeing more and more of this type of extreme weather event in the past years,” Trudeau said. “So realistically, we know that this heatwave won't be the last.”

In Washington, US President Joe Biden said climate change was driving “a dangerous confluence of extreme heat and prolonged drought,” warning that the US was behind in preparing for what could be a record number of forest fires this year.

Lytton, a town in central British Columbia, this week broke Canada's all-time hottest temperature record three times. It stands at 49.6 °C (121.28 degrees Fahrenheit) as of Tuesday. The previous high in Canada, known for brutally cold winters, was 45C, set in Saskatchewan in 1937.

In the US Northwest, temperatures in Washington and Oregon soared well above 100F (38C) over the weekend. Portland set all-time highs several days in a row including 116F (47C) on Sunday.

In Washington state, where media also reported a surge in heat-related hospitalisation, Chelan County east of Seattle topped out at 119F (48C) on Tuesday.

Oregon Governor Kate Brown declared a state of emergency due to “imminent threat of wildfires” while the US National Weather Service in Portland issued a red-flag warning for parts of the state, saying wind conditions could spread fire quickly.

The Portland Fire Department banned use of fireworks for the Fourth of July weekend, when Americans celebrate Independence Day.

Most of Alberta and large parts of British Columbia and Saskatchewan are at extreme risk of wildfires, according to Natural Resources Canada's fire weather map.

“All the ingredients are there. It's a powder keg just looking for a spark,” said Mike Flannigan, professor of wildland fire at University of Alberta.

But the Chilcotin region, roughly 600km (370 miles) north of Vancouver, was on flood warning due to the “unprecedented” amount of snow melting at “extraordinary” rates, according to a government release.

“These are the types of issues that are going to be confronted more and more over the next few years,” said Adam Rysanek, assistant professor of environmental systems at the University of British Columbia.