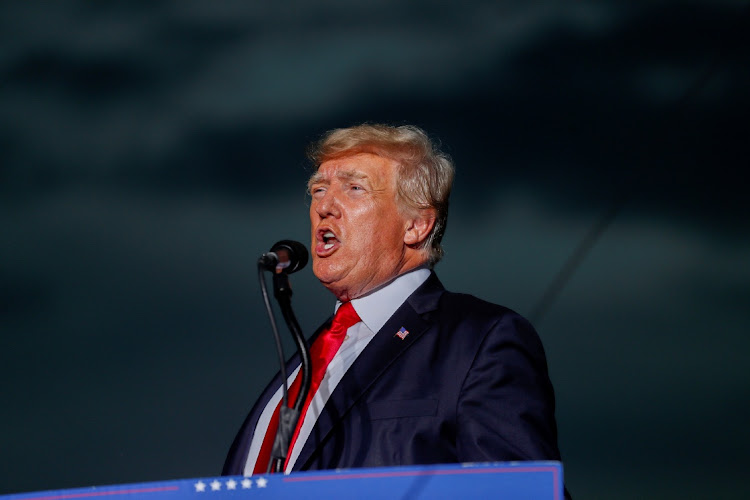 Former US president Donald Trump speaks to his supporters during the Save America Rally at the Sarasota Fairgrounds in Sarasota, Florida, on July 3 2021.
Image: REUTERS/Octavio Jones

A new book by Michael Bender of the Wall Street Journal, Frankly, We Did Win This Election, has detailed how former US president Donald Trump told his then chief of staff, John Kelly: “Well, Hitler did a lot of good things.”

Bender writes that Trump made the remark while getting a history lesson from Kelly, who “reminded the president which countries were on which side” during World War 2.

The Guardian reports that Trump denies making the remark about Hitler.

However, Bender says unnamed sources reported that Kelly “told the president that he was wrong, but Trump was undeterred”, emphasising German economic recovery under Hitler during the 1930s.

Bender writes that Kelly “argued that the German people would have been better off poor than subjected to the Nazi genocide”.

The US Supreme Court on Thursday rejected a Republican bid that had been backed by former President Donald Trump's administration to invalidate ...
News
4 months ago