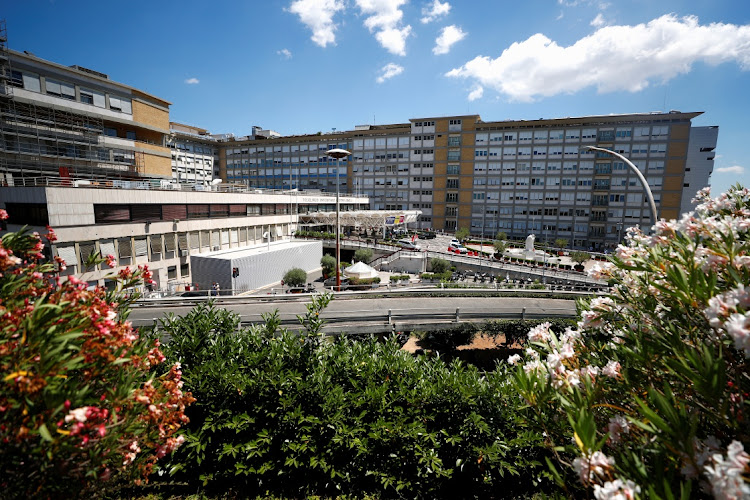 A view of Gemelli hospital where Pope Francis is recovering following scheduled surgery on his colon, in Rome, Italy, July 5, 2021.
Image: REUTERS/Guglielmo Mangiapane

Pope Francis' recovery from colon surgery at a Rome hospital continues to be “regular and satisfactory”, the Vatican said on Wednesday.

Spokesperson Matteo Bruni said in a statement that the 84-year-old pope was eating regularly and that he was no longer receiving medication intravenously.

He said the final results of a biopsy on the removed part of the colon confirmed that the pontiff had been suffering from “severe diverticular stenosis,” which is a narrowing of the colon.

Bruni said the pope was touched by the many messages of good wishes and prayers he had received since he entered hospital on Sunday.

Pope Francis announced on Sunday that he will visit Slovakia on September 12-15 after a brief stop in the Hungarian capital of Budapest.
News
5 months ago

An unlikely character was among VIPs at the pontiff’s general audience on Wednesday, but he deserved to be
World
5 months ago

WATCH | He's at it again! 'Spider-Man' drops in at papal audience

A different type of participant dropped in on Pope Francis's general audience at the Vatican on Wednesday.
Lifestyle
5 months ago