Biden to speak on Thursday about Afghanistan amid swift US pullout 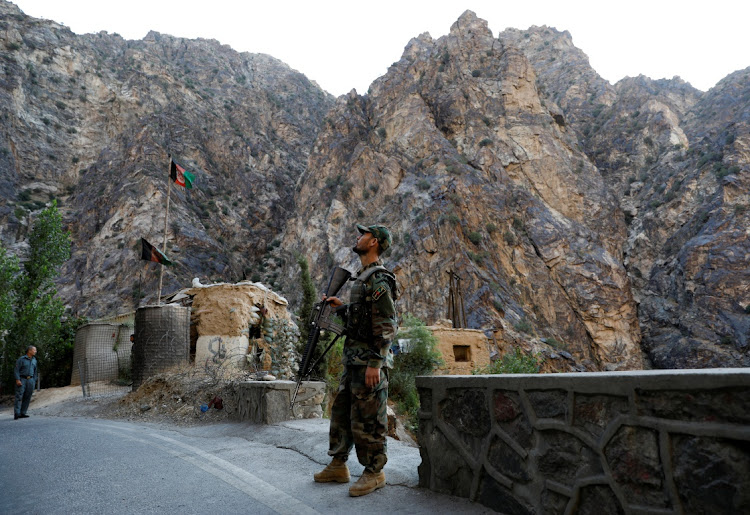 President Joe Biden on Thursday will offer his most extensive comments to date about the US withdrawal from Afghanistan, a pullout that is raising concerns about a civil war there and drawing Republican criticism.

A White House official said Biden would update the American people on the situation and that no major policy pronouncements were expected.

The Democratic president, who is due to speak at 1:45pm (1745 GMT), has been under pressure from critics to give a more expansive explanation for his decision to withdraw.

The US last weekend abandoned Bagram airbase, the longtime staging ground for US military operations in the country, effectively ending America's longest war. The Pentagon says the withdrawal of US forces is 90% complete.

Biden's order in April to pull out US forces by September 11 after 20 years of conflict has coincided with major gains by the Islamist militant Taliban movement against overwhelmed Afghan forces after peace talks sputtered.

'What was the point?' Afghans rue decades of war as US quits Bagram

As American troops left their main military base in Afghanistan on Friday, marking a symbolic end to the longest war in US history, locals living in ...
News
2 months ago

US vacates main airbase in Afghanistan

American troops on Friday vacated one of the biggest military bases in Afghanistan, said a senior US defence official as part of the peace agreement ...
News
2 months ago

The commander of US troops in Afghanistan, General Austin Miller, warned last week that the country may be headed towards a civil war.

The US intelligence community believes the Afghan military is weak and that the Kabul government's prospects for survival in the short term are not good, US government sources familiar with official assessments said.

White House spokesperson Jen Psaki said Biden would meet his national security team on Thursday “to receive a periodic update on the progress of our military drawdown from Afghanistan.”

“Early tomorrow afternoon, the president will make comments on our continued drawdown efforts and ongoing security and humanitarian assistance to the ANDSF and the Afghan people.”

ANDSF is the acronym for the Afghan National Defense and Security Forces.

Some Republicans are criticising Biden for the pullout, although Trump had also sought to end American involvement in the war.

Biden met Afghan leaders on June 25 and said US support for Afghanistan would be sustained despite the pullout.

“Afghans are going to have to decide their future, what they want,” Biden said at the time.

The US plans to leave 650 troops in Afghanistan to provide security for the US Embassy.