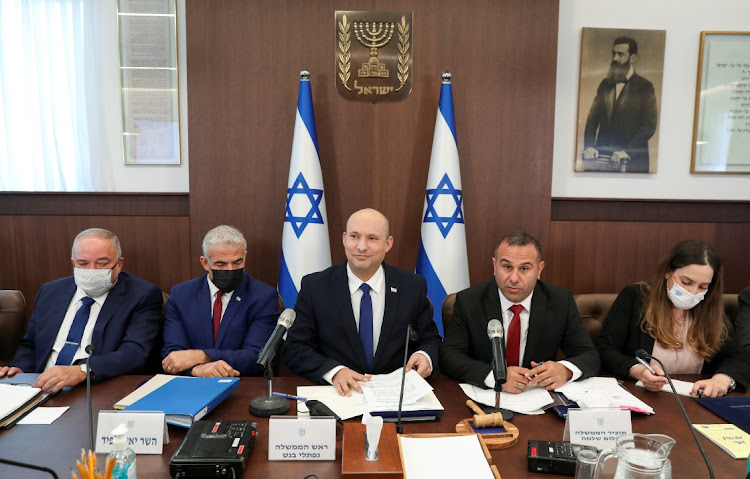 Israel will this year double its supply of water to Jordan and encourage Amman to export more to the Palestinians, Israeli officials said on Thursday after a source told Reuters the new Israeli prime minister had secretly met the Jordanian king.

Jordan is a key security partner for Israel but relations have suffered in recent years over Israeli-Palestinian tensions.

Separately, a source who declined to be identified by name or nationality said Netanyahu's successor, Naftali Bennett, made an unannounced Amman visit last week to see King Abdullah.

Israeli and Jordanian spokespeople had no immediate comment on what the source described as June 29 talks at Abdullah's palace, meant to improve ties strained during Netanyahu's term.

A July 1 palace statement said Abdullah had embarked on a three-week visit to the United States that would include President Joe Biden's first meeting with an Arab leader at the White House since taking office.

Biden will host Abdullah there on July 19, the White House said on Wednesday, adding that those talks would be “an opportunity to ... showcase Jordan’s leadership role in promoting peace and stability in the region”.

Lapid said the countries also agreed to explore increasing Jordan's exports to the West Bank to $700 million a year, from $160 million now.

“The Kingdom of Jordan is an important neighbour and partner,” Lapid said in a statement. “We will broaden economic co-operation for the good of the two countries.”

The United States welcomed the agreements. “It is these kinds of tangible steps that increase prosperity for all and advance regional stability,” State Department spokesperson Ned Price said in a statement.

Abdullah strongly opposed former US President Donald Trump's Middle East peace plan, which he saw as a national security threat that would also undermine his Hashemite family's custodianship of holy sites in Jerusalem.

Officials say the shift in US policy under Biden towards a more traditional commitment to a two-state solution to the Arab-Israeli conflict has relieved pressure on Jordan, where a majority of the population of 10 million are Palestinians.

Israel reported on Monday a decrease in the effectiveness of the Pfizer/BioNTech Covid-19 vaccine in preventing infections and symptomatic illness ...
News
5 months ago

Peace in the Middle East: 'Oslo' offers a glimpse of what could've been

Based on a Tony Award-winning play, this film is a dramatic account of the secret negotiations between Israel and the Palestine Liberation ...
Lifestyle
5 months ago

Jewish settlers have agreed to quit an outpost that has become a flashpoint for clashes with Palestinians who also claim the land, officials said, ...
News
5 months ago