US, Colombia probe links to Haitian president's killing after arrests 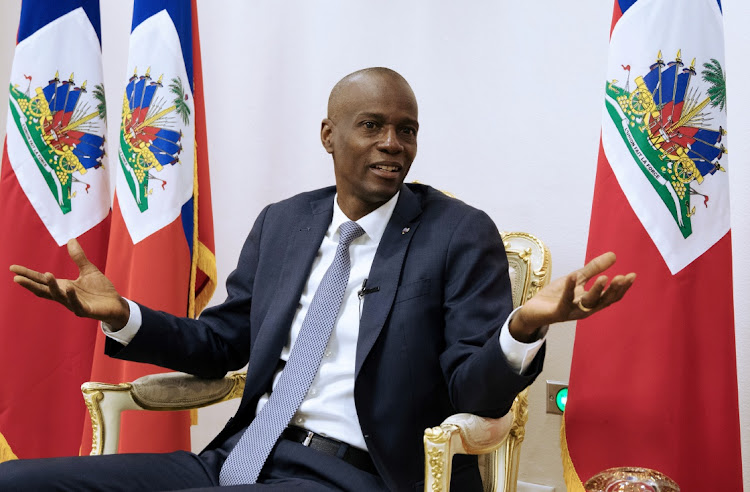 Police and intelligence agencies in the United States and Colombia are investigating links to the assassination of Haitian President Jovenel Moise, after arrests of their nationals by Haitian authorities.

Colombian security sources told Reuters on Friday that several Colombians believed to be part of the commando unit that assassinated Moise in his home in the early hours of Wednesday had spent more than a month in Haiti before the killing, after entering via the neighboring Dominican Republic.

"We offer all possible help to find out the truth about the material and intellectual perpetrators of the assassination," Duque wrote on Twitter, saying he had just spoken on the phone with Haitian interim Prime Minister Claude Joseph.

The assassination of Moise, a 53-year-old former businessman, drew international outcry and pitched Haiti deeper into a political crisis https://www.reuters.com/article/us-haiti-politics-timeline-idAFKCN2ED1F6 which is feared could worsen growing hunger, gang violence, and a COVID-19 outbreak.

Police in Haiti said the assassination was carried out by a squad of 26 Colombian and 2 Haitian-American mercenaries. The two Haitian Americans were identified as James Solages, 35, and Joseph Vincent, 55, both from Florida.

Seventeen of the men were captured after a gun battle with Haitian authorities in Petionville, a hillside suburb of the capital Port-au-Prince, while three were killed and eight are still at large, according to Haitian police.

Authorities are still hunting for the masterminds behind the operation, they said.

Two U.S. law enforcement sources, speaking on condition of anonymity to discuss an active investigation, said that agencies were looking into U.S. connections to the killing , but declined to comment specifically on the two suspects.

The sources said U.S. agencies were not assisting in the investigation in Haiti because Haitian officials had not requested their help.

Haitian officials have not given a motive for Moise's killing or explained how the assassins got past his security detail. He had faced mass protests against his rule since taking office in 2017 - first over corruption allegations and his management of the economy, then over his increasing grip on power.

Moise himself had talked of dark forces at play behind the unrest: fellow politicians and corrupt oligarchs who felt his attempts to clean up government contracts and to reform Haitian politics were against their interests.

Colombian officials have confirmed they received requests for information from Haiti on six suspects, two of whom had apparently been killed and four who are under arrest. Initial investigations showed the men were retired members of Colombia's armed forces, the defense minister said.

Four of the men took an Avianca flight on June 4 to the resort of Punta Cana in the Dominican Republic, which shares the island of Hispaniola with Haiti, Colombian police and army sources told Reuters. Two days later they crossed the border into Haiti.

One of the men - who Colombian newspaper El Tiempo said had previously been part of the Colombian military's urban anti-terrorism special forces unit - has 16 photos on his Facebook account that appear to have been taken in the Dominican Republic.

The newspaper reported that another of the men, who it said took the same flight and posted photos from the same locations, was a nurse at the naval hospital in the Colombian city of Cartagena.

In Haiti, the government declared a 15-day state of emergency on Wednesday to help authorities apprehend the killers but has since urged businesses to open up again.

Grocery stores, gas stations and commercial banks re-opened on Friday although the streets were still quiet, with just a few vendors plying their wares.

Moise's killing sparked confusion about who is now the legitimate leader of the country of 11 million people, the poorest in the Americas.

"The assassination ... has provoked a political and institutional vacuum at the highest level of state," said Haitian opposition politician Andre Michel. "There is no constitutional provision for this exceptional situation."

The 1987 constitution stipulates the head of the Supreme Court should take over. But amendments that are not unanimously recognized in the country state that it should be the prime minister, or, in the last year of a president's mandate - the case with Moise - that parliament should elect a president.

The head of the Supreme Court died last month due to COVID-19 amid a surge in infections in Haiti, which is one of the few countries in the world yet to start a vaccination campaign.

There is no sitting parliament as legislative elections scheduled for late 2019 had been postponed amid political unrest.

Just this week, Moise appointed a new prime minister, Ariel Henry, to take over from Joseph, although he had yet to be sworn in when the president was killed.

Joseph appeared on Wednesday to take charge of the situation, but Henry - who is viewed more favorably by the opposition - told Haitian newspaper Le Nouvelliste he did not consider Joseph the legitimate prime minister.

Haiti's security forces were locked in a fierce gun battle on Wednesday with assailants who assassinated President Jovenel Moise at his home ...
News
1 year ago