US drug overdose deaths rise 30% to record during pandemic 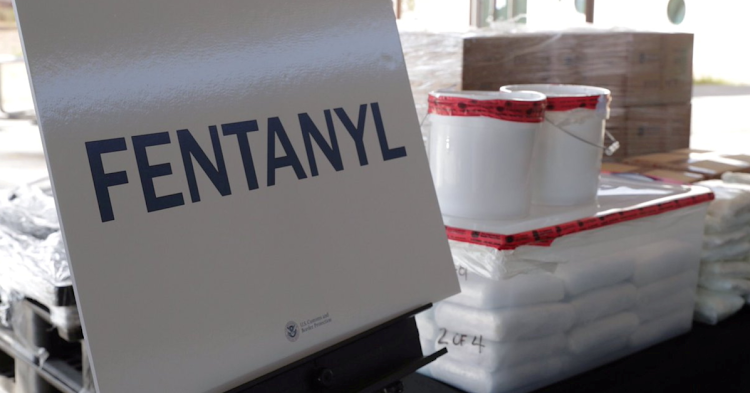 US deaths from drug overdoses leapt nearly 30% to more than 93,000 in 2020 — the highest ever recorded.
Image: Courtesy U.S. Customs and Border Protection/Handout via REUTERS

A record number of Americans died of drug overdoses last year as pandemic lockdowns made getting treatment difficult and dealers laced more drugs with a powerful synthetic opioid, according to data released on Wednesday and health officials.

Arman Maddela, 24, recognises he was at risk of being among those who died. A recovering addict, he relapsed during the pandemic and was using fentanyl, a synthetic opioid that is 80-100 times stronger than morphine, and heroin.

“It's so easy to pass away from using drugs nowadays, just because of the amount of fentanyl out there. A lot of people in the past were able to relapse and come back. But nowadays, that's not the case,” he said.

He checked himself into rehab a second time in October. “I actually know quite a few people personally that have unfortunately passed away since then from overdose,” said Maddela, who lives in Encinitas, California.

While overdose deaths were already increasing in the months preceding the Covid-19 outbreak, the latest data show a stark acceleration during the pandemic.

Moreover, during stay-at-home orders, addicts were unable to attend support group meetings in person or visit their therapists for live one-on-one sessions.

Pandemic lockdowns and distancing likely contributed to the rise in overdose deaths in less obvious ways, too.

Isolation is known as a factor in anxiety and depression, said Kate Judd, program director at Shoreline Recovery Center, the San Diego rehab facility that treated Maddela. Those feelings can lead to drug abuse.

“The type of drugs that are now available are much more dangerous,” Volkow said. Closing national borders did not staunch the flow of fentanyl as hoped. Instead, it accelerated.

The deadly combination of events resulted in 93,331 overdose deaths in the 12 months ended in December 2020, compared with an estimated 72,151 deaths in 2019, according to provisional data from the National Center for Health Statistics, part of the Centers for Disease Control and Prevention.

“We do know the primary driver of the increase (in deaths) involves synthetic opioids, primarily fentanyl,” Bob Anderson, chief of the Mortality Statistics Branch at the health statistics centre, said.

Most US states were swept by the trend, Anderson said, with the highest increases in overdose deaths seen in Vermont, up 57.6%; followed by Kentucky, up 54%; South Carolina, up 52%; West Virginia, up nearly 50%; and California, up 46%.

On a day-to-day basis, Sharfstein estimates that the US is now seeing more overdose deaths than Covid-19 deaths.

“This is a different kind of crisis, and it's not going to go away as quickly.”

Congolese teen Candy has learned the rules of the streets since he started selling aphrodisiacs and illegal opiate-based cigarettes to drinkers in ...
News
2 months ago

"The issue of mental health is one black families are trying to understand."
TshisaLIVE
2 months ago