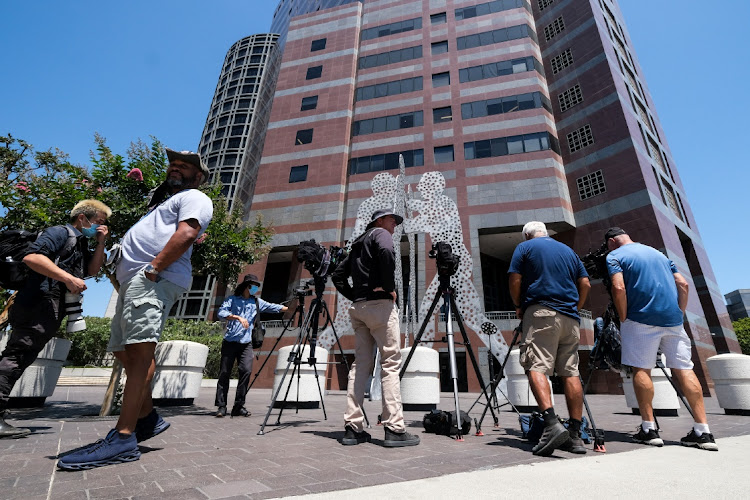 Members of the media wait outside federal court building after Thomas Barrack, a billionaire friend of Donald Trump who chaired the former president's inaugural fund, is arrested for illegally lobbying the Trump administration on behalf of the United Arab Emirates, in Los Angeles, California, US, July 20, 2021.
Image: REUTERS/Ringo Chiu

Thomas Barrack, a billionaire friend of Donald Trump who chaired the former president's inaugural fund, was arrested on Tuesday and charged with illegally lobbying the Trump administration on behalf of the United Arab Emirates.

A seven-count indictment filed by federal prosecutors in Brooklyn, New York, alleged that Barrack, a former employee and an Emirati businessman failed to register as lobbyists and used their influence to advance the UAE's foreign policy goals in the US.

Barrack, who was arrested in Los Angeles, is also alleged to have repeatedly lied during an FBI interview about his dealings with the UAE.

Barrack's spokesperson refuted the charges. “Mr. Barrack has made himself voluntarily available to investigators from the outset. He is not guilty and will be pleading not guilty,” the spokesperson said.

US Department of Justice official Mark Lesko said in a news release that “the defendants repeatedly capitalised on Barrack’s friendships and access to a candidate who was eventually elected president, high-ranking campaign and government officials, and the American media to advance the policy goals of a foreign government without disclosing their true allegiances.”

Barrack, 74, is a longtime Trump ally and founder of the digital infrastructure-focused private equity firm DigitalBridge Group Inc, which was known as Colony Capital Inc before a rebranding announced in June.

Barrack stepped down as DigitalBridge's CEO in 2020. In April, he resigned as executive chairman of the firm but has remained as a non-executive director. Forbes estimates his wealth at $1 billion.

DigitalBridge has about $32 billion in digital assets under management, which includes data centres across North America and the UK. Barrack owns about 5.7% of DigitalBridge, whose shares closed down 1.4% at $6.93 on Tuesday.

Barrack was a prominent supporter of Trump’s successful 2016 presidential campaign and directed his inaugural committee.

Federal prosecutors are seeking to have Barrack held in detention, saying in a court filing that his vast wealth, access to private jets and history of international travel indicate he could become a fugitive.

I wouldn't 'do a coup' with Milley, Trump says of top US general

“I never threatened, or spoke to anyone about a coup of our Government ... If I was going to do a coup, one of the last people I would want to do it ...
News
1 year ago

President Joe Biden, under pressure from US civil rights leaders, on Tuesday called it a "national imperative" to pass sweeping voting rights ...
News
1 year ago