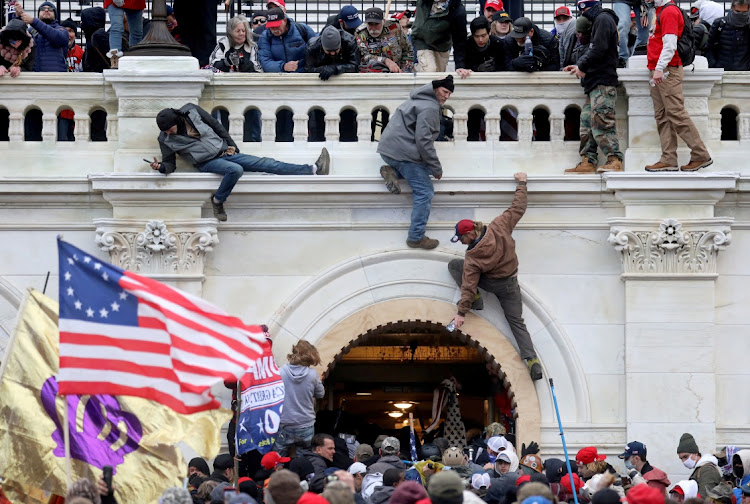 A California man accused of attacking police with bear spray and a large metal sign during the January 6 US Capitol assault by supporters of then-President Donald Trump pleaded not guilty on Wednesday to federal charges including riot-related felonies.

Maria Jacob, a lawyer for accused rioter Sean McHugh, told US District Judge John Bates during a video hearing that her client was entering not guilty pleas to all charges against him including assaulting police using a dangerous weapon and engaging in violence on the Capitol grounds or in the building.

McHugh, 34, is being held in pre-trial detention. McHugh listed an Auburn, California address on an airplane reservation he made for a Jan. 5 flight to Washington.

More than 535 people face charges arising from the riot in which Trump supporters sought to block Congress from formally certifying now-President Joe Biden's election victory. Before the riot, Trump delivered a speech to supporters repeating his false claims that the election was stolen from him through widespread voting fraud.

Federal prosecutor Jacob Strain told the judge the government would be willing to engage in plea negotiations in McHugh's case. Bates set a further hearing for Sept. 30.

In an affidavit describing the grounds for McHugh's arrest, an FBI agent said that videos showed McHugh "assaulting" Capitol Police officers by shoving a large metal sign at them and spraying them with what the affidavit described as an "unknown chemical." A July 7 indictment stated McHugh attacked police with bear spray.

Police have said the hundreds of rioters attacked them with a variety of weapons including chemical irritants.

The FBI said McHugh was on probation following a 2018 conviction for driving under the influence. A Superior Court official in California's Placer County said McHugh in 2010 pleaded guilty to engaging in unlawful sex with a minor.

Four police officers on Tuesday told lawmakers they were beaten, taunted with racial insults, heard threats including "kill him with his own gun".
News
11 months ago

The US House of Representatives on Wednesday approved the creation of a new Democratic-majority select committee to probe the January 6 attack on the ...
News
1 year ago