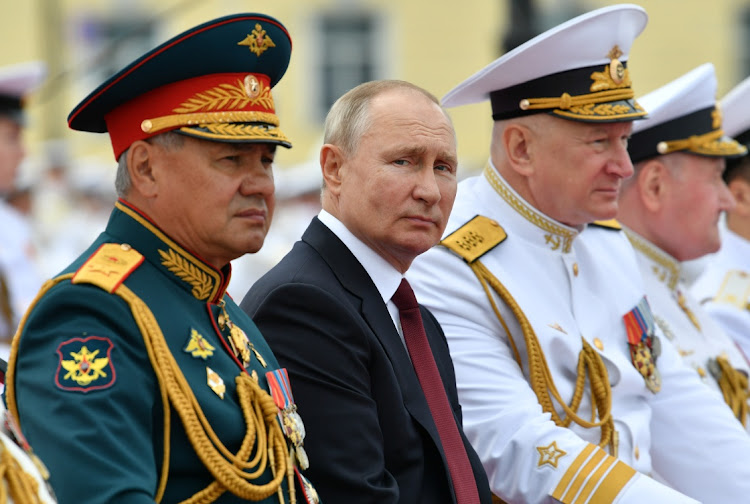 "The passages complained of are very specifically targeted at the Russian government/Kremlin and Mr Sechin in his capacity as Mr Putin's 'closest associate'," lawyers for HarperCollins argued in documents submitted to court.
Image: Sputnik/Aleksey Nikolskyi/Kremlin via REUTERS

Russian billionaire Roman Abramovich is not President Vladimir Putin's “cashier” nor did he buy Chelsea FC as a vehicle to corrupt the West, his lawyer told England's High Court in a defamation hearing over a book about Putin's Russia.

In the 2020 book, British journalist Catherine Belton chronicles Putin's rise to power and how many of his associates from the former Soviet spy services rose to positions of wealth and influence after he won the top Kremlin job in 1999.

A lawyer for Abramovich told the court that passages in the book “Putin's People: How the KGB Took Back Russia and then Took on the West”, published by HarperCollins, were clearly defamatory. Abramovich is suing both HarperCollins and Belton.

The hearing is intended to determine what a reasonable and ordinary reader would understand the allegedly defamatory statements to mean. Those disputed statements will then form the basis of the defamation trial.

“The claimant is described in the book as Putin's cashier and the custodian of Kremlin slush funds,” Hugh Tomlinson, a lawyer for Chelsea FC owner Roman Abramovich, told the High Court about the book.

“What is said to be happening is that Mr Abramovich is making his wealth available to Putin... secretly to Putin and his cronies — that is the view the reasonable and ordinary reader would take,” Tomlinson said of Belton's book.

HarperCollins's lawyer, Andrew Caldecott, said that Abramovich had little choice but to comply with the demands of Putin's Kremlin or face ruin given the power of Kremlin hardliners.

“Mr Abramovich's wealth was, to a substantial extent, on call when requested,” Caldecott told the court, adding the Belton repeatedly gave several points of view on disputed events and avoided making a conclusive judgments.

Belton is a former Financial Times Moscow correspondent and now a Reuters special correspondent. Belton, who attended the hearing, declined to say.

The Russian navy can detect any enemy and launch an "unpreventable strike" if needed, President Vladimir Putin said on Sunday, weeks after a UK ...
News
4 months ago

Tomlinson said Belton's book relied on what he cast as “unreliable” sources such as Sergei Pugachev, a Russian businessman who later fell foul of the Kremlin. Pugachev, contacted by Reuters, declined to say directly on the case but said he was involved in his own legal action against the Russian state. He declined to elaborate.

Tomlinson said the book alleged that Putin ordered Abramovich to purchase Chelsea soccer club as “part of a scheme to corrupt the West” and to “build a bulkhead of Russian influence.”

“The ordinary and reasonable reader would inevitably come out with the view that Roman Abramovich was instructed to buy Chelsea... so he was being used as the acceptable face of a corrupt and dangerous regime,” Tomlinson said.

Rosneft and CEO Igor Sechin did not respond to written requests for say on the case when contacted by Reuters.

Lawyers for Rosneft took issue with passages in the book which said that Sechin was behind what Belton called “the attack” on Yukos.

“The passages complained of are very specifically targeted at the Russian government/Kremlin and Mr Sechin in his capacity as Mr Putin's 'closest associate'," lawyers for HarperCollins argued in documents submitted to court.

The court was told on Wednesday that HarperCollins had agreed to settle with two other Russian businessmen, Mikhail Fridman and Pyotr Aven, who had sued the publisher. HarperCollins will amend some passages in the book about them, according to the settlement, which was released on Wednesday.

“HarperCollins has been happy to amend the text to delete references to connections between Mr Aven, Mr Fridman and the KGB (say for which HarperCollins recognises there has been no significant evidence), and to apologise that the subject was not discussed with them before initial publication,” the settlement said.

Aven and Fridman said they were pleased that HarperCollins recognised that the book was inaccurate in what it said about them, “in particular that there was no significant evidence that they had connections with the KGB,” a spokesperson said.

Putin says relations with US at lowest point in years

Russian President Vladimir Putin, in an interview with NBC News ahead of his meeting with US President Joe Biden next week, said US-Russia relations ...
News
5 months ago