US will not lock down despite surge driven by Delta variant, Fauci says 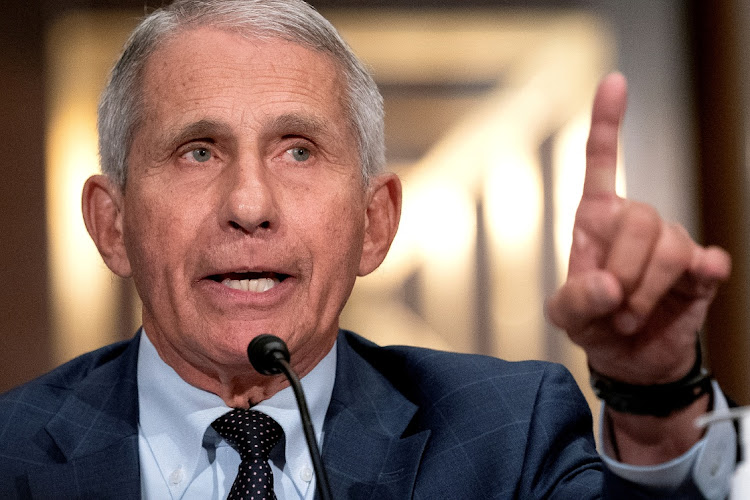 "We have 100 million people in this country who are eligible to be vaccinated who are not getting vaccinated," said Fauci, who is also director of the National Institute of Allergy and Infectious Diseases
Image: Stefani Reynolds/Pool via REUTERS/File Photo

The US will not lock down again to curb Covid-19 but “things are going to get worse” as the Delta variant fuels a surge in cases, mostly among the unvaccinated, top US infectious disease expert Dr. Anthony Fauci said on Sunday.

A sufficient percentage of Americans have now been vaccinated to avoid lockdowns, Fauci said on ABC's “This Week”.

“Not enough to crush the outbreak, but I believe enough to not allow us to get into the situation we were in last winter,” he said.

The average number of new coronavirus cases reported nationwide has nearly doubled in the past 10 days, according to a Reuters analysis.

Even if states do not resort to lockdowns again, the spread of the Delta variant could still threaten the economy.

Minneapolis Federal Reserve Bank President Neel Kashkari told CBS' “Face the Nation” that the Delta variant was “creating a bunch of caution” among millions of out-of-work Americans and could slow the US labour market recovery.

The surge in Delta variant cases is also rattling the globe. Parts of Asia that were previously relatively successful in containing Covid-19, such as the Philippines, Thailand and Vietnam, are now locking down hot spots.

Some are pushing back against new restrictions. From Monday, unarmed soldiers will help police Australia's biggest city Sydney, checking that people who have tested positive are isolating.

In France, where the government is fighting a fourth wave of infections, thousands of people protested for a third consecutive weekend against the introduction of a mandatory health pass proving vaccination that will be required for entry to many public venues.

While vaccines remain scarce in much of the world, they are freely available to anyone 12 years or older in the US, where cash prizes, new cars and other incentives have failed to motivate more than a third of the population to get immunised.

“We have 100 million people in this country who are eligible to be vaccinated who are not getting vaccinated,” said Fauci, who is also director of the National Institute of Allergy and Infectious Diseases

About 58% of Americans have received at least one dose of vaccine, ranging from a high of 76% in Vermont to a low of 40% in Mississippi.

After declining for weeks, the number of Americans getting vaccinated has started to rise again.

“The silver lining of this is that people are waking up to this and this may be a tipping point for those who have been hesitant,” National Institutes of Health Director Francis Collins told CNN on Sunday. “That's what desperately needs to happen if we're going to get this Delta variant put back in its place, because right now it's having a pretty big party in the middle of the country.”

Florida has one of the worst outbreaks in the nation, based on new cases per capita and has seen infections rise 50% week-over-week. However, Governor Ron DeSantis has blocked mask mandates in the state's schools, saying parents should decide.

“It just makes common sense in a community where the virus is spreading, and that's pretty much all of Florida right now, to do everything you can to prevent that, which includes mask wearing for children in schools,” Collins said.

US urges vaccinated Americans to wear masks indoors in many places

Americans fully vaccinated against Covid-19 should go back to wearing masks in indoor public places in regions where the coronavirus is spreading ...
News
9 months ago

‘Mass fatalities are putting Africa on brink of collapse. We need help, now’

‘My social media used to be alive with wishes for happy birthdays and anniversaries. Now it is inundated with RIP’
Africa
9 months ago