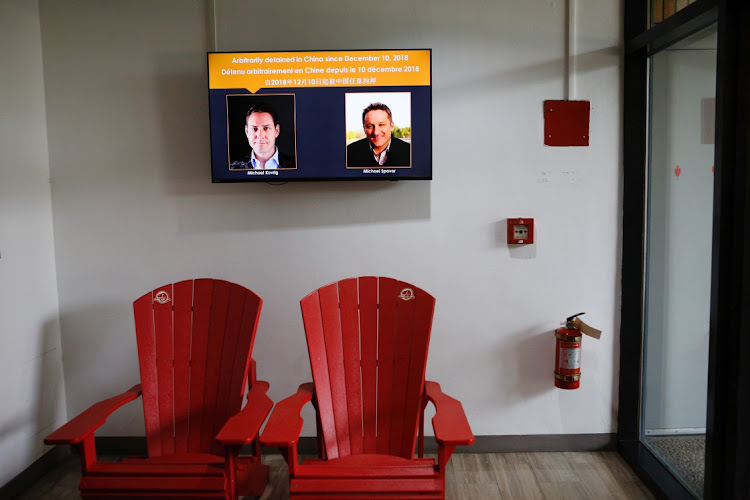 Images of Canadians Michael Spavor and Michael Korvig are shown on a television at the Canadian embassy before a court in Dandong rules on the case of Spavor, charged with espionage in June 2019, in Beijing, China August 11, 2021.
Image: FLORENCE REUTERS/Florence Lo

The US embassy in Beijing said it condemns a Chinese court sentencing Canadian businessman Michael Spavor to 11 years in prison for espionage, in a case seen in Ottawa and Washington as part of a wider diplomatic spat with Beijing.

Spavor and another detained Canadian Michael Kovrig should be released immediately, according to a statement from an embassy official.

Proceedings against the Canadians are an attempt to “use human beings as bargaining leverage,” said the statement.

Spavor's sentencing comes as lawyers in Canada representing the CFO of Chinese telecoms giant Huawei make a final push to convince a court there not to extradite her to the US.

A Chinese court on Tuesday rejected Canadian Robert Schellenberg's appeal against a death sentence for drug smuggling.
News
5 months ago