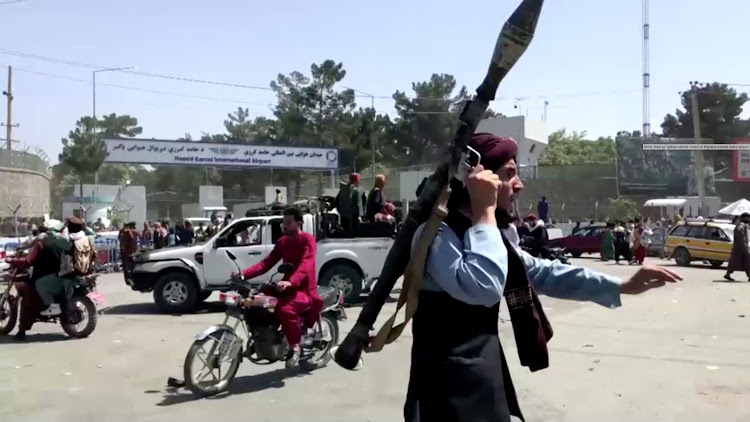 A Taliban fighter runs towards crowd outside Kabul airport, Kabul, Afghanistan, on August 16 2021, in this still image taken from a video.
Image: TV/via REUTERS

The insurgents said they were seeking complete power.

To a backdrop of machine-gun fire and US helicopters thudding overhead, the contractor said the flood of frightened people into the airport perimeter had resulted in commercial flights in and out of the besieged Afghan capital being cancelled.

Days before all commercial flights were stopped and the Taliban took control of Kabul, a South African man decided to pack his bags and flee.

Casper du Plessis, from Bloemfontein in Free State, boarded a Turkish Airlines flight on August 8 and made it out. He is one of the lucky few.

The department of international relations and co-operation says it has made contact with a number of South Africans in Afghanistan to ensure their ...
News
3 months ago

Casper du Plessis was fortunate to get a flight out of Kabul just before the Taliban captured the Afghan capital.
News
3 months ago