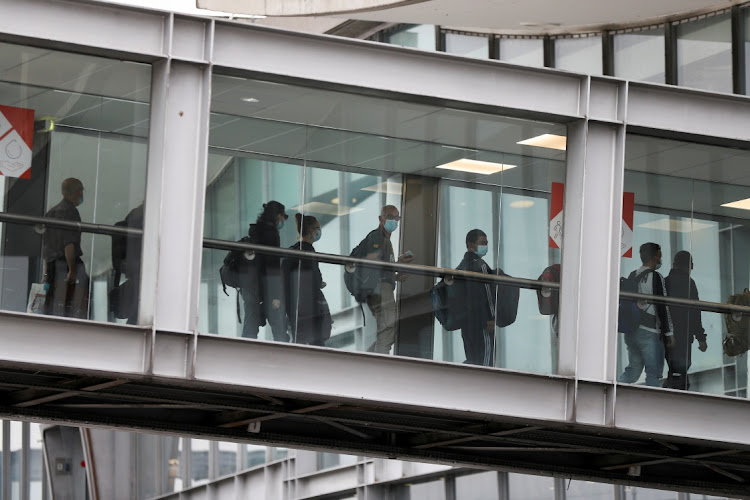 The Taliban has told the United States it will provide safe passage for civilians to reach the airport in Afghanistan's capital Kabul, US national security adviser Jake Sullivan said on Tuesday.

Sullivan also told a White House news briefing that the United States believes the Kabul evacuation can go until August 31 and it is talking to the Taliban about the exact timetable. The United States and Western allies have been scrambling to evacuate diplomats and civilians after Taliban forces swept back into power, with thousands of Americans still in the country.

Thousands of US troops have been flown into Kabul to assist in evacuation efforts after the collapse of Afghanistan's military and government following swift advances by Taliban forces.

"The Taliban have informed us that they are prepared to provide the safe passage of civilians to the airport, and we intend to hold them to that commitment," Sullivan said.

"We believe that this can go till the 31st. We are talking to them about what the exact timetable is for how this will all play out, and I don't want to negotiate in public on working out the best modality to get the most people out in the most efficient way," Sullivan added.

Sullivan said it is premature to say whether the United States recognises the Taliban as the legitimate governing power in Afghanistan.

"Right now there is a chaotic situation in Kabul where we don't even have the establishment of a governing authority," Sullivan said. "Ultimately, it's going to be up to the Taliban to show the rest of the world who they are and how they intend to proceed. The track record has not been good but it's premature to address that question at this point."

Sullivan said most people seeking to leave Afghanistan have been able to reach the airport, but the United States is addressing with the Taliban some reports of people being turned away.

"This is an hour-by-hour issue, and it's something we're very clear-eyed about, and very focused on holding the Taliban accountable to follow through on its execution," he said.

White House spokeswoman Jan Psaki said there are about 11,000 people in Afghanistan who have identified themselves as Americans, adding that there may be others "who may not have self-identified who may come and request assistance and come to the airport."

Psaki said the United States is prioritising the evacuation of American citizens, embassy employees and their families, locally employed Afghan staff and holders of and applicants for Special Immigrant Visas (SIVs) available to interpreters and others who assisted the United States in Afghanistan.

Ask what the consequences could be if the Taliban does not stick to its commitment, she said: "The consequences are the full weight and force of the United States military, and I think we've made that clear."

"We're not trusting, we're not taking their word for it. We are watching closely, we are in close contact and we are certainly assessing whether they are going to abide by their commitments," Psaki added.

Army Major General William Taylor, with the US military's Joint Staff, told a news briefing earlier on Tuesday that 4,000 US troops would be at the airport by the end of the day - an increase of 1,000 - and the aim is to have one flight taking off per hour.

LISTEN | ‘I made a call and left’: SA man grateful to have fled Afghanistan

WATCH | ‘The world abandoned us’: What’s happening in Afghanistan explained

Two decades after they were removed by the US military the Taliban marched into Kabul on Sunday and seized power again in Afghanistan.
News
5 months ago