'Down to nothing' - dry, heavy winds stoke growing California wildfires 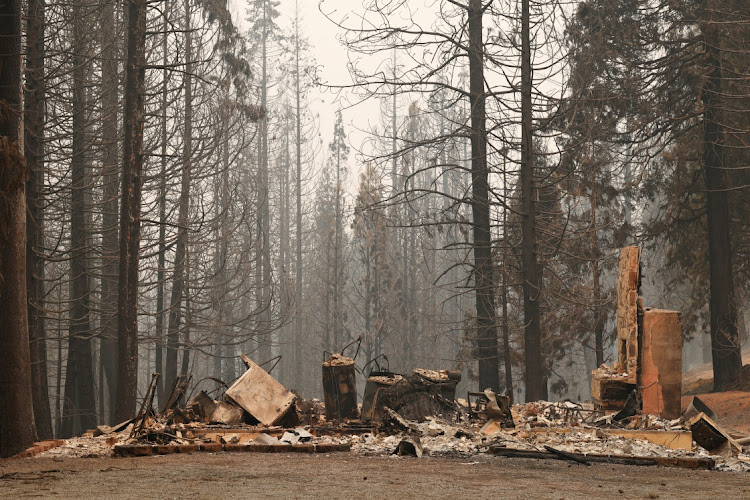 An incendiary mix of strong, shifting winds and drought-parched vegetation stoked two of California's largest wildfires on Wednesday, with thousands of people chased from their foothill and forest homes in the Sierra Nevada range.

Some narrowly escaped the latest surge in flames and wind-whipped embers with only the clothes on their backs and the few belongings they managed to pack into their vehicles during chaotic evacuations.

"Everything is gone. It's tearing me up," Fred Bratten, 57, said as he wept during a phone interview with Reuters on Wednesday. "The only thing I can do now is clean my mess up and move on. It's like burying your dead."

Bratten fled his house in the Sierra hamlet of Grizzly Flats, about 65 miles east of Sacramento, the state capital, on Tuesday night. He returned the next day to find the dwelling, which he shared with his son and grandson, reduced to ashes by the so-called Caldor fire.

A four-block radius around his house was likewise burned "down to nothing," Bratten said.

"The cars have been literally melted with pools of metal underneath them," he said. "It's overwhelming."

In what has become an episodic ritual of intentional safety blackouts, the company cut electricity to some 48,000 homes and businesses across northern California, starting Tuesday night, to reduce ignition risks posed by possible wind damage to its transmission lines.

By midday on Wednesday, the company said its meteorologists had issued an “all-clear” for some affected areas and that it had begun to restore service where possible.

But California's drought-desiccated timber, brush and grasslands continued to create a potent fuel bed for fires raging across the state.

The largest by far, the Dixie fire, has charred nearly 1,000 square miles (2,590 square km) of the Sierras northeast of San Francisco since mid-July, including more than 30,000 acres (12,140 hectares) consumed between Tuesday and Wednesday, according to the California Department of Forestry and Fire Protection (Cal Fire).

Strike teams working with hand tools and bulldozers have nevertheless managed to largely keep flames from breaching containment lines carved around a third of the fire perimeter during the past several days.

Still, the blaze had destroyed at least 1,200 homes and other structures, with 16,000 buildings listed as threatened and an estimated 12,000 people displaced by evacuations, including 125 from the tiny rural town of Mineral.

"We're just hoping when we go back home there's something to go to," resident Clark Tomlinson told local television.

A much smaller but faster-growing blaze emerged this week to become a major threat in another rugged patch of the Sierras when high winds drove flames from the Caldor fire into Grizzly Flats, a community of about 1,200 residents.

Two evacuees were seriously injured as the blaze blew up Monday night into Tuesday, incinerating an elementary school, a post office and dozens of homes.

The Caldor fire has forced the evacuation of more than 11,000 people from several towns in all, according to the Governor's Office of Emergency Services.

California, which typically has experienced its peak fire season in late summer and fall, is already on pace to see more of its landscape go up in flames this year than last, the worst year on record.

Extreme heatwaves that previously only struck once every 50 years are now expected to happen once per decade because of global warming, while ...
News
10 months ago

It’s not our grandkids who will be affected by climate change, it will be us if we don’t heed unpredictable weather events
Opinion & Analysis
11 months ago