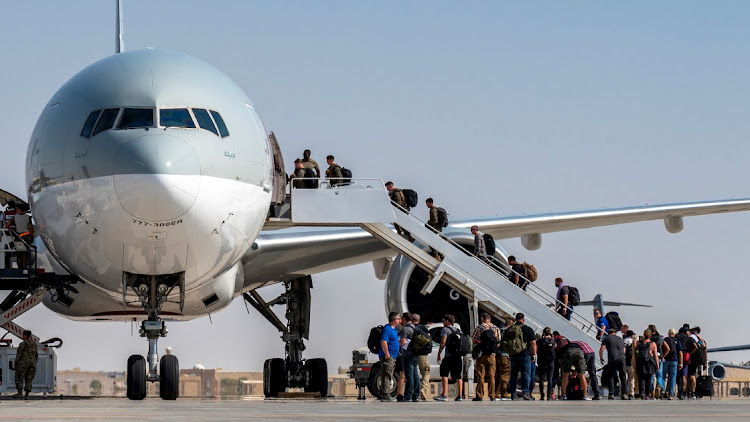 US Embassy personnel from Afghanistan board a Qatar Airways flight to Kuwait at Al Udeid Air Base, Qatar August 17, 2021
Image: US Air Force/Senior Airman Noah Coger/Handout via REUTERS

A total of 12 people have been killed in and around the airport in the Afghan capital, Kabul, Taliban and Nato officials said, since the Taliban seized the city on Sunday, triggering a rush of fearful people trying to leave.

The deaths were caused either by gun shots or in stampedes, the Taliban official said on Thursday, and he urged people still crowded at the gates of the facility to go home if they did not have the legal right to travel.

“We don't want to hurt anyone at the airport,” said the Taliban official, who declined to be identified.

Let’s face it, when the Taliban argues in favour of ‘freedom of speech’, you have to ask what’s up
Opinion & Analysis
9 months ago

Taliban vows softer approach but how long will it last?

The Taliban has told the United States it will provide safe passage for civilians to reach the airport in Afghanistan's capital Kabul, US national ...
News
9 months ago

A senior Taliban leader has said that the role of women in Afghanistan, including their right to work and education and how they should dress, would ...
News
9 months ago

The Taliban has declared amnesty and vowed to uphold women’s rights.
News
9 months ago