Image: Screenshot A shopper came face-to-face with a python at a grocery store in Sydney.

Imagine walking down the spices aisle at your local grocery store when, instead of finding something to spice up your dinner, you find one of the most unlikely shoppers casually cruising over the shelves.

And no, this unusual shopper is not Beyoncé, not the president but a python — and it's not even wearing a mask.

This may sound like a budget horror movie scene but it actually happened to a shopper in Sydney, Australia.

“I was in the spice aisle just looking for something to put on my chicken that night, so I didn’t initially see it because it was curled up way back behind the little jars of spices ... I kind of turned to my right and it poked its head out,” shopper Helaina Alati was quoted to have said by the Associated Press.

The question now remains: having come across this stranger, are you shopping or are you running? 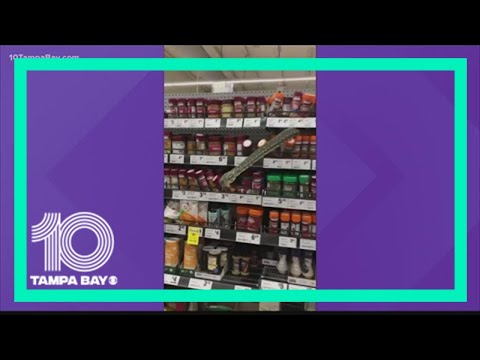