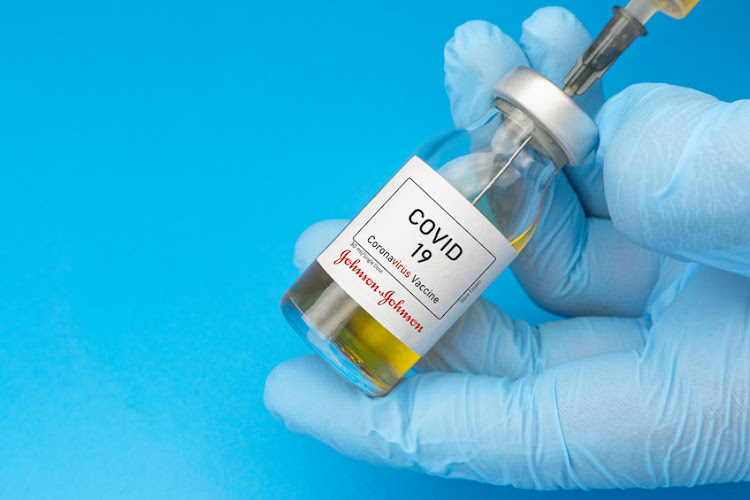 Aspen is also bottling J&J vaccine for SA, although officials in the country warned earlier this month that deliveries from the US drugmaker had so far been slow. File image.
Image: 123rf/serturvetan

European Commission says it has reached a temporary agreement with SA to use a plant in the country to bottle Johnson & Johnson Covid-19 vaccines that are being imported into the EU, after criticism of the arrangement.

On Wednesday, the WHO Director-General Tedros Adhanom Ghebreyesus said he was “stunned” to hear that J&J vaccines were being exported from SA to the EU, because the bloc has very high vaccination rates while even the most vulnerable people in many African countries have not been vaccinated.

A spokesperson for the European Commission told reporters on Thursday the agreement with SA was reached after J&J faced problems in producing vaccines in the US at a factory belonging to its partner Emergent Biosolutions.

The deal highlights the complexity of producing vaccines from factories spread across the world and drugmakers' power in negotiating supply deals with countries.

The arrangement means South African drugmaker Aspen Pharmacare bottles the vaccine produced elsewhere, mostly in Europe, and then transfers the finished doses to SA and the EU.

A J&J factory in Leiden, in the Netherlands, is a major producer of the vaccine substance for Covid-19 shots worldwide, and J&J will transfer all bottling operations from SA to Leiden from the end of September, the EU spokesperson said.

J&J had no immediate comment on its bottling operations and the number of doses to be transferred from Aspen to the EU.

South Africa's exports of vaccines to the EU were reported by the New York Times on Monday, confirming earlier public statements from President Cyril Ramaphosa and Aspen.

The newspaper cited a confidential contract between J&J and SA's government and said the deal prevented the country, against its will, from imposing restrictions on vaccine exports.

Under its contract with the EU, J&J had also negotiated a complex supply chain that involved US-based firms despite opposition from EU countries, EU internal documents seen by Reuters show.

Aspen is also bottling J&J vaccine for South Africa, although officials in the country warned earlier this month that deliveries from the US drugmaker had so far been slow.

On Thursday, the WHO softened its remarks on SA's enforced exports of J&J shots. Matshidiso Moeti, the WHO's regional director for Africa, told a news conference the arrangement was “presumably” part of the investment in the development and production of vaccines in Africa.

The EU is leading global investments to create vaccine “hubs” in Africa, including SA and Senegal, to increase the continent's ability to manufacture Covid-19 vaccines.

Aspen's plant does not appear to be among the manufacturing sites approved by the European Medicines Agency (EMA) for J&J vaccines.

EMA declined to comment about whether Aspen had been authorised, saying it was confidential information. J&J did not comment, but the EU Commission said later on Thursday that Aspen is a recognised site to produce for the European market.

The EU Commission added that it was up to EU countries that buy the J&J vaccine to decide what they will do with doses imported from SA.

Public EU data show that J&J has delivered 21.5-million doses to the EU as of Thursday. It was supposed to ship 55-million by the end of June.

Of the delivered doses, only 12.9-million, or about 60%, have been administered in the EU, public data show, by far the lowest take-up among all EU-approved vaccines, which have a usage rate of at least 75%, and above 90% for the Pfizer/BioNTech shot.

Many EU countries have stopped using J&J due to health concerns. The EU has promised to donate at least 200-million doses of Covid-19 vaccines to poorer nations, mostly in Africa, by the end of the year.

J&J said the company was not involved in negotiations concerning the reallocation or donations of its vaccine.

- Additional reporting by Promit Mukherjee in Johannesburg, Maggie Fick in Nairobi, Stephanie Nebehay in Geneva and Ludwig Burger in Frankfurt

Fatima Hassan of the Health Justice Initiative said their organisation would be launching an application to get full disclosure of the contract ...
News
9 months ago

What is a booster shot and when should you take it?

Boosters are not yet given in South Africa, and their efficacy is still being studied by local authorities.
News
9 months ago

J&J vaccines from Gqeberha on their way to AU states, says Ramaphosa