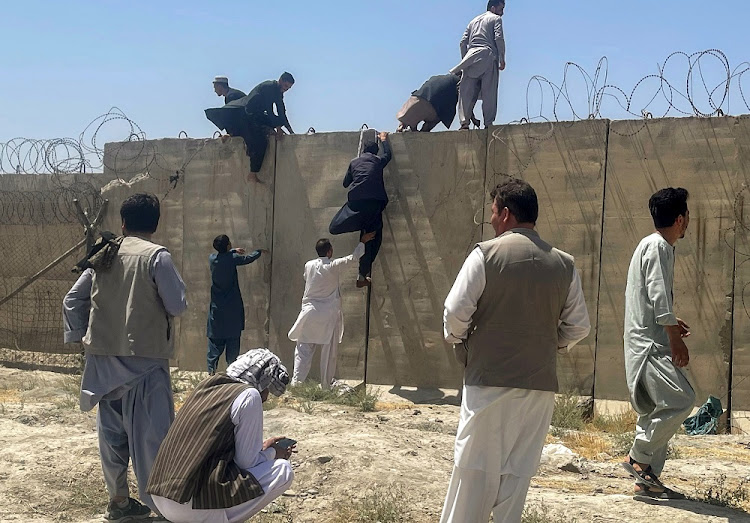 Seven people were killed on Saturday in crowds near Kabul airport where people have been gathering to try to flee Afghanistan after the Taliban took control, according to Britain's Ministry of Defence.

Since the Islamist militants entered Kabul last weekend, thousands of people have tried to get on flights abroad, fearing a return to the austere interpretation of Islamic law imposed during the previous Taliban rule that ended 20 years ago.

"Our sincere thoughts are with the families of the seven Afghan civilians who have sadly died in crowds in Kabul," the UK defence ministry said in a statement on Sunday.

"Conditions on the ground remain extremely challenging but we are doing everything we can to manage the situation as safely and securely as possible".

A Sky News correspondent at the airport said tens of thousands of Afghans turned up on Saturday with those at the front crushed against the barricades.

Sky news showed footage of soldiers standing on a wall attempting to pull the injured from the crowds and spraying people with a hose to stop them being dehydrated.

Taliban co-founder Mullah Baradar has arrived in the Afghan capital of Kabul for talks with militant commanders, former government leaders and ...
News
5 months ago