US charges man who made bomb threat near US Capitol 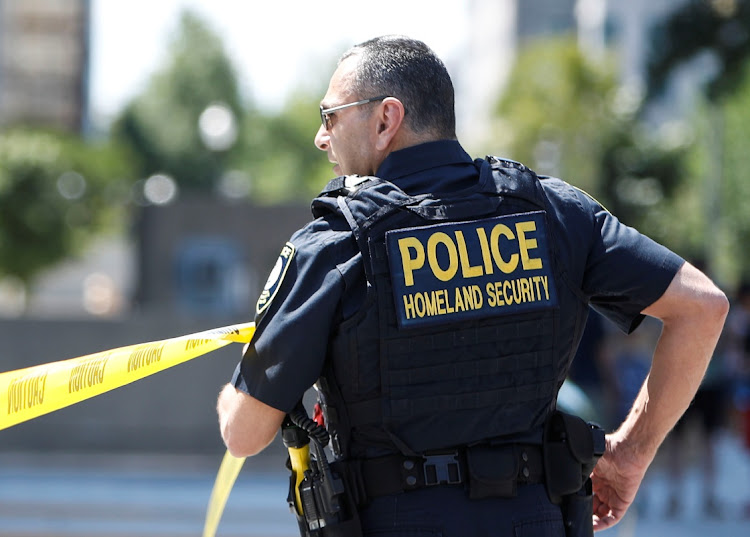 A Deppaartment of Homeland Security police officer mans a police barricade during a bomb threat near the US Capitol in Washington, US, August 19, 2021.
Image: REUTERS/Gabrielle Crockett

The United States on Friday charged a North Carolina man who claimed to have a bomb in his truck near the US Capitol the day before, leading to a five-hour standoff with law enforcement.

Floyd Ray Roseberry was charged with threatening to use a weapon of mass destruction and attempting to use an explosive device. US Magistrate Judge Zia Faruqui ordered a mental competency evaluation for Roseberry after he said he could not understand the proceedings against him because he had not been able to take his medications for blood pressure and his "mind." "My memory isn't that well, sir," Roseberry said, adding that his wife has power of attorney over his medical issues and he did not know the names of his medications.

Roseberry, 51, spread alarm at the Capitol and prompted the evacuation of nearby government buildings on Thursday . He live-streamed threats on Facebook about having a possible bomb while holding what appeared to be a metal cannister on his lap.

"The revolution's on, it's here," Roseberry said in the video. "I'm ready to die for the cause."

Roseberry surrendered to law enforcement without incident, and police said they found possible bomb-making materials but no bombs inside a truck.

A law enforcement official said there was no evidence so far suggesting anyone else was involved in or conspired with Roseberry in staging Thursday's incident.

During Friday's virtual hearing, Faruqui appointed Roseberry a federal defender, and Roseberry told him: "I'm willing to do whatever you ask."

In a sworn statement, an FBI agent said that a local law enforcement official in Cleveland County, North Carolina contacted the bureau on August 18 to warn about Roseberry. A relative called with concerns that Roseberry had "expressed anti-government views and an intent to travel to Virginia or Washington, DC to conduct acts of violence."

Crystal Roseberry, the man's ex-wife, told Reuters in an interview on Thursday she had divorced him more than eight years ago, saying he made violent threats against her and had multiple mental illnesses.

A man who claimed to have a bomb in a pickup truck near the US Capitol surrendered to police on Thursday after a standoff that paralysed a swath of ...
News
9 months ago

The FBI has found scant evidence that the January 6 attack on the US Capitol was the result of an organised plot to overturn the presidential ...
News
9 months ago