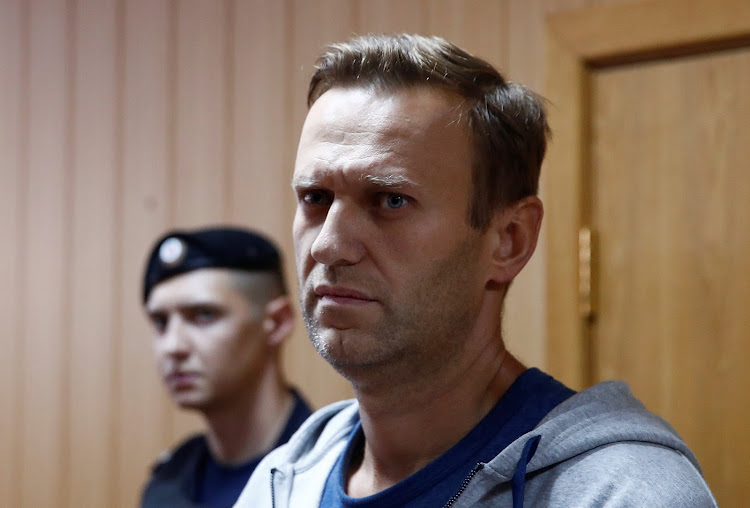 Navalny's team on Tuesday told their followers to download their app on Google and Apple's stores where it remains available and not to be taken in by fake sites.
Image: Maxim Shemetov/Reuters/File photo

Russian tech firm Yandex said on Tuesday it had removed jailed Kremlin critic Alexei Navalny's tactical voting website from its search engine to comply with a government ban ahead of a parliamentary election this month.

Navalny and his allies want to use the website and a separate app to organise a tactical voting campaign at the Sept. 17-19 contest to land a blow against the ruling United Russia party.

The campaign urges followers to sign up so they can be allocated a candidate who is judged to have the best chance of defeating United Russia in their election district.

Russia outlawed Navalny's movement as extremist this summer and the Roskomnadzor communications regulator has since banned their websites.

Yandex, which dominates Russia's domestic search market, said the tactical voting website had been deleted from its search engine automatically due to the Roskomnadzor designation.

Ivan Zhdanov, a Navalny ally based abroad, criticised the move, saying he thought the company could have resisted more robustly and advising Navalny's supporters to use Google for their online searches instead of Yandex.

A court has also banned Yandex from using the phrase "smart voting" in its keyword search system, but the firm says it plans to appeal against that ruling.

Russia is trying to ban an accompanying app, threatening Alphabet's Google and Apple with fines if they fail to remove it from their stores and accusing the US firms of election interference.

Navalny's team on Tuesday told their followers to download their app on Google and Apple's stores where it remains available and not to be taken in by fake sites. Google and Apple did not respond to requests for comment.

Allies of Navalny, President Vladimir Putin's fiercest domestic opponent, plan to use the app to organise a tactical voting campaign to deal a blow ...
News
9 months ago

Russian authorities announced a new criminal charge against Kremlin critic Alexei Navalny on Wednesday, the latest move in a crackdown ahead of ...
News
10 months ago

Lyubov Sobol, a prominent ally of jailed Kremlin critic Alexei Navalny, has left Russia days after being sentenced to parole-like restrictions amid a ...
News
10 months ago