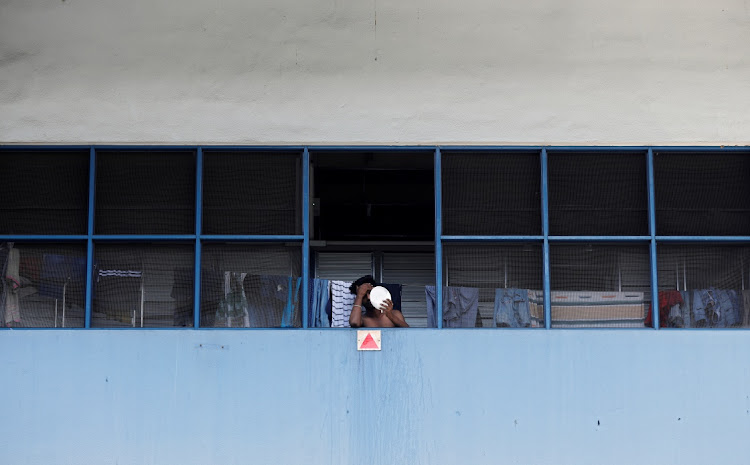 Up to 500 vaccinated migrant workers will be allowed to visit pre-identified public locations for six hours each week.
Image: REUTERS/Edgar Su/File Photo

Singapore said on Thursday it will start easing movement restrictions for migrant workers living in dormitories from next week, more than a year after the curbs were imposed due to a surge in infections in their often cramped quarters.

The announcement by the manpower ministry came after more than 90% of the workers in dormitories were fully vaccinated, higher than Singapore's overall vaccination rate at 81%, which is one of the highest in the world.

Up to 500 vaccinated migrant workers will be allowed to visit pre-identified public locations for six hours each week. They are required to take a rapid Covid-19 antigen test before and three days after, the ministry said in a statement, adding it would evaluate the pilot scheme after a month.

“Together with the implementation of a multilayered strategy to test, detect and contain the spread of Covid-19, we are now better prepared to handle any outbreaks at the dormitories,” said the ministry.

Meanwhile, all other migrant workers will be allowed to visit recreation centres up to twice a week, and organised excursions by non-governmental organisations for vaccinated migrant workers to local attractions will resume.

Currently, migrant workers are mostly confined to their living quarters, other than for work, nearby recreation or essential errands.

The Southeast Asian financial hub had imposed strict movement curbs on tens of thousands of mainly South Asian low-wage labourers living in dormitories since April last year, after virus outbreaks occurred which eventually contributed to the bulk of Singapore's more than 60,000 Covid-19 cases.

The government said at the time the action was needed to prevent broader transmission and that it had taken measures to reduce worker interaction in the dormitories and ensure they received a salary, meals and medical support.

But the quarantining of the dormitories was criticised by some rights groups, which warned last year  the action may be discriminatory and risked exposing healthy individuals to a higher chance of infection.

Singapore has been reporting more than 100 infections daily over the past two weeks as it removes most restrictions as part of a phased reopening, but the majority of cases have been in the wider community, rather than in the worker dormitories.

Singapore jails Briton for not wearing face mask in public

A Singapore court sentenced a British man to six weeks in prison on Wednesday, local media reported, after he repeatedly breached coronavirus ...
News
4 months ago

With a new wave of Covid-19 infections fuelled by the Delta variant striking countries worldwide, disease experts are scrambling to learn whether the ...
News
5 months ago

Sydney, the epicentre of Australia's biggest coronavirus outbreak, is expected to see daily infections peak next week, authorities said on Monday, as ...
News
4 months ago