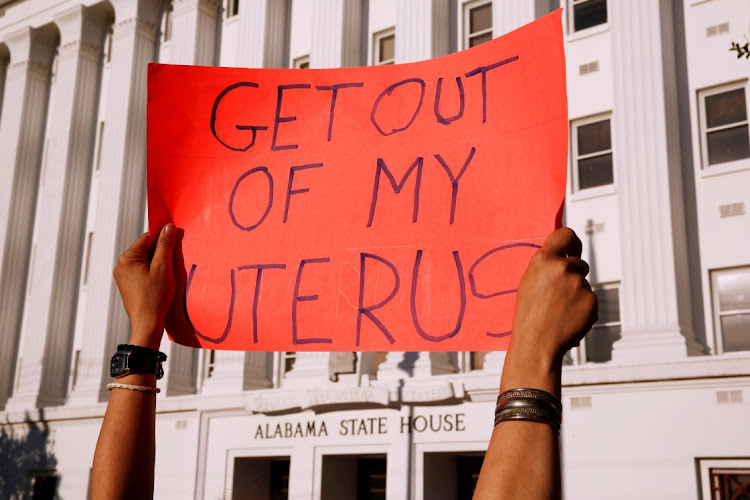 LISTEN UP Abortion rights supporters were especially outraged that the court left intact provisions of the Texas statute, known as S.B. 8, they said were designed to evade court challenges.
Image: Christopher Aluka Berry/Reuters

The Biden administration formally asked a federal judge on Tuesday to block enforcement of a new Texas law that effectively bans almost all abortions in the state under a novel legal design that opponents say is intended to thwart court challenge.

The US Justice Department's 45-page emergency motion seeks a temporary restraining order or preliminary injunction lifting the abortion ban while its lawsuit challenging the statute as unconstitutional proceeds through the courts.

The Republican-backed law forbids abortions performed once cardiac activity has been detected in the embryo, typically starting at six weeks of gestation, before many women even realise they are pregnant.

It provides no exceptions for pregnancies resulting from rape or incest, though it makes narrowly defined exemptions to protect the mother's health. Governor Greg Abbott, who signed the measure into law, defended it earlier this month saying that the state would "eliminate all rapists".

The case is being closely watched after the US Supreme Court decided on September 1 to let the six-week abortion ban to remain in effect pending judicial review, igniting a firestorm of criticism from abortion rights advocates.

The high court did not address the constitutionality of the Texas statute. But it widely was seen as a sign that the court's conservative majority was inclined to roll back the landmark 1973 Roe v. Wade ruling guaranteeing a woman's right to terminate her pregnancy before viability of the fetus, at around 24 to 28 weeks of gestation.

Abortion rights supporters were especially outraged that the court left intact provisions of the Texas statute, known as S.B. 8, they said were designed to evade court challenges.

The law relies on private citizens, rather than the state, to enforce it by filing civil suits against people who help a woman obtain an abortion after six weeks, whether that be a doctor who performs the procedure or a cabbie who drives a woman to a clinic. And it allows individuals who file such suits to collect bounties of at least $10,000.

"Although S.B. 8 was designed to create jurisdictional obstacles to the ability of women and providers to sue to protect their rights, those obstacles do not impede the relief sought through this suit - an action brought by the United States against the state of Texas itself," the DOJ motion said.

Tuesday's motion was filed with US District Judge Lee Yeakel in Austin, the state capital, who was assigned to the Justice Department lawsuit brought September 9 and previously ruled against Abbott in another major abortion case last year.

Abortion foes have predicted that the Biden administration challenge to the latest Texas law will ultimately fail.

The US Department of Justice on Thursday sued Texas after President Joe Biden vowed to challenge a new law that almost entirely bans abortion in the ...
News
1 week ago

A Texas law imposing a near-total ban on abortion that the US Supreme Court allowed to stand will cause "unconstitutional chaos" by infringing on a ...
News
2 weeks ago