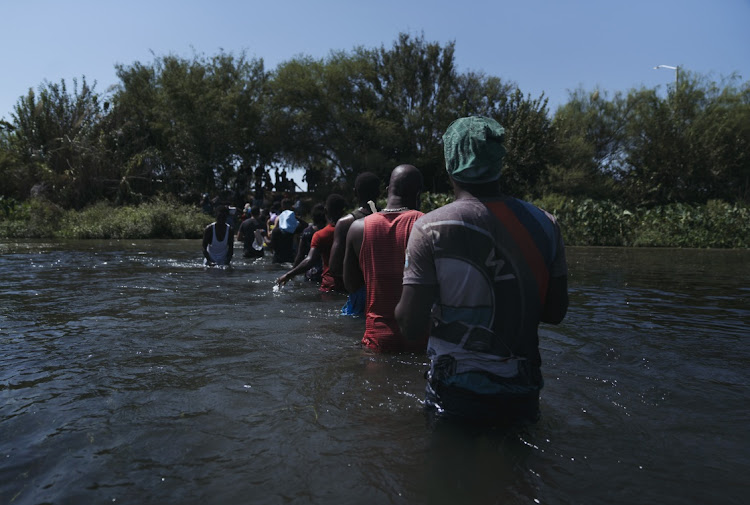 More than 300 Haitians were returned home on Sunday after the US ejected them from Texas, leaving many of the would-be migrants demoralised and angry that their search for a better life far away from their impoverished country was over.

US border agents began removing groups of mostly Haitian migrants over the weekend from a large makeshift camp they had set up after wading across the Rio Grande separating Mexico and the US state of Texas.

The sprawling camp under the international bridge attracted more than 12,000 migrants at one point, dotted with tents and tarps strung up on reeds, as many Haitians who had trekked from as far away as Brazil sought to petition US authorities for entry and to escape rampant poverty and gang violence afflicting the Caribbean nation.

At the Haitian capital's airport, three flights with 327 returned Haitians landed on Sunday from Texas, according to a US official with knowledge of the matter. Several who spoke to Reuters upon arrival said there were never told where they were being taken.

“I left Haiti to go find a better future,” said Stephanie, who declined to provide her surname. She said she was taken from under the bridge by US agents to a detention facility before being loaded onto the flight.

She dismissed Haiti's economy as unable to provide opportunities for scores of youth like her.

“If jobs could be created, we would never have exposed ourselves to this misery in other countries,” she said.

In a video message released Sunday evening, Prime Minister Ariel Henry pledged to assist the expelled Haitians and bemoaned the “disturbing” images from the camp.

“It's with great sorrow that we watch on social media, through television and listen on the radio to the tribulations of our brothers and sisters at the border of Mexico and the US,” he said.

He implored Haitians to build a future where they can “live well in our country without having to suffer these forms of shame.”

But at the airport, returned migrant Mondesir Sirilien explained how he had spent about $15,000 to leave Haiti, travelling first to Brazil and then by land to eventually cross the shallow Rio Grande at the US southern border.

“I could have invested that money here, I could have built a great business. It's not like we don't know how to do things,” he said.

“But we're not respected, we're humiliated and now we don't have anyone to defend us.”

'We are not criminals': migrants protest in southern Mexico

Hundreds of migrants stuck in the southern Mexican state of Chiapas on Wednesday protested against the country's immigration policies that have ...
News
2 months ago

Tremors shook buildings late on Wednesday in the southern Haitian city of Les Cayes, a Reuters witness said, a few days after a devastating ...
News
3 months ago