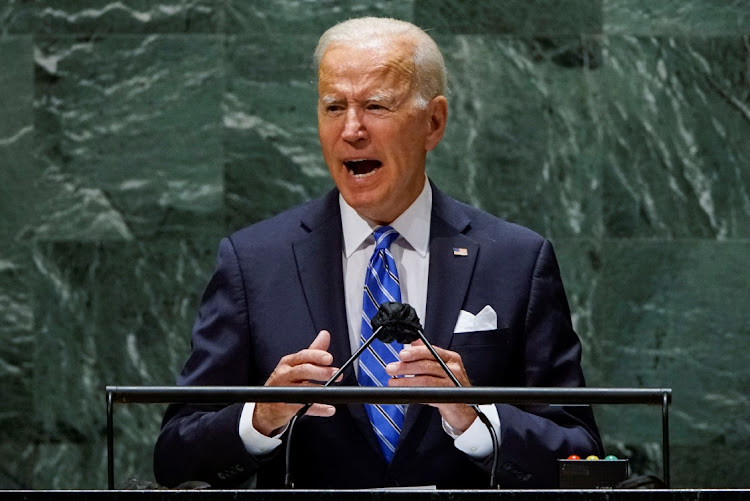 The Senate Banking committee will have to vote on the prospective officials before their nominations can be taken up by the full Senate.
Image: REUTERS/Eduardo Munoz/Pool

US President Joe Biden's nominee to a post overseeing export policy on China said on Tuesday he sees Chinese telecoms firm Huawei as a national security threat and expects to keep the company on a trade blacklist unless "things change."

If confirmed as Under Secretary of Commerce for Industry and Security, former Pentagon official Alan Estevez also pledged to "look at" Honor Device Co - a handset unit spun off of Huawei - to see whether the telecommunications company was using the spinoff brand to minimize or circumvent its own blacklist designation.

"I've seen previous maneuvers by the Chinese," Estevez testified at a hearing of the Senate banking committee. "It's something I'll have to look at when I get to the department, should I be confirmed. I do not have the information in front of me that would give me the full picture on that."

Huawei was placed on the trade blacklist by the Trump administration in 2019 over national security concerns, forcing suppliers to apply for a special license to sell to it.

The company said last November its consumer business was under tremendous pressure due to "a persistent unavailability of technical elements needed" for its mobile phone business and decided to sell its Honor assets.

The Washington Post reported that the administration was considering whether to add Honor to the blacklist after lawmakers raised questions about the firm in a letter to Commerce Department Secretary Gina Raimondo last month.

Huawei declined to comment, referring Reuters to a prior statement that noted it would not hold any shares or be involved in any business management activities in the new company. Honor did not immediately respond to a request for comment.

Thea Kendler, nominated to serve as assistant secretary nominee at Commerce for export administration, told the committee she was "particularly proud" of her work as a US prosecutor charging Huawei with operating as a criminal enterprise, stealing trade secrets and defrauding financial institutions.

Israel's former Prime Minister Benjamin Netanyahu suggested in a Facebook video posted on Sunday that US President Joe Biden had fallen asleep when ...
News
4 months ago

At the same hearing, the US Treasury's nominee for assistant secretary for financial institutions - a top bank regulatory post - said he believed banks' continued investments and financing for fossil fuel projects represent a threat to financial stability.

"It seems like there's room for improvement" for banks to reduce their investments in fossil fuels, which continue in the hundreds of billions of dollars annually, said Graham Steele, a former Federal Reserve official who also served on Banking committee Chair Senator Sherrod Brown's staff.

The Treasury, through the Financial Stability Oversight Council of regulators, is examining ways to strengthen financial regulation to fight climate change, including requiring companies and lenders to improve the disclosure of climate-related financial risk to investors.

The Senate Banking committee will have to vote on the prospective officials before their nominations can be taken up by the full Senate.

President Joe Biden will commemorate the 20th anniversary of the September 11 attacks on the United States on Saturday by visiting each of the sites ...
News
4 months ago

A Texas law imposing a near-total ban on abortion that the US Supreme Court allowed to stand will cause "unconstitutional chaos" by infringing on a ...
News
4 months ago