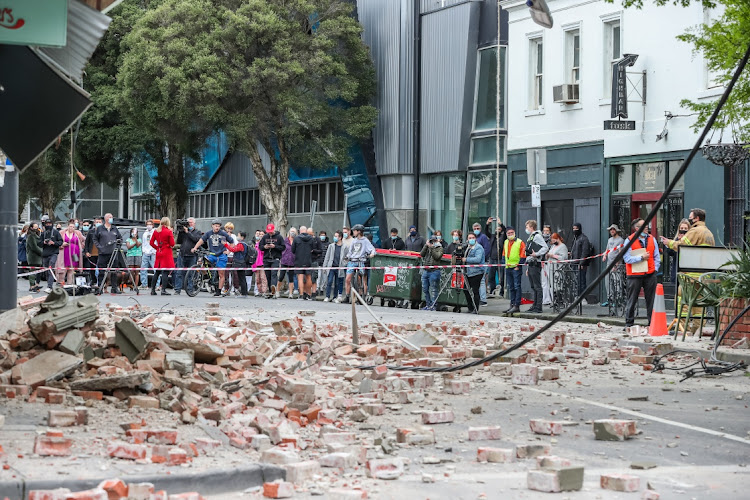 An earthquake of magnitude 5.6 struck near Melbourne in Australia on Wednesday, the GFZ German Research Centre for Geosciences said.

The quake was at a depth of 10 kilometers (6.21 miles) and was near the southeast coast of Australia, GFZ added.

RT @Quicktake ”The main thing is everybody is safe.”

Australia’s biggest #earthquake in 5 years has caused damage in Melbourne. The magnitude 5.8 quake was at a depth of 10 km (6 miles)pic.twitter.com/q0sQjm81iT 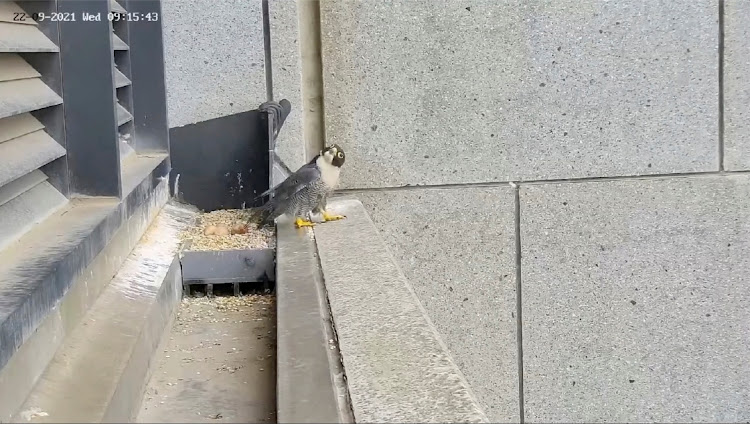 A falcon looks on after stepping away from its nest with eggs upon experiencing tremors from a magnitude 6.0 earthquake that struck near Melbourne, Victoria, Australia, September 22, 2021, in this still image from video obtained via social media.
Image: MIRVAC via REUTERS

A magnitude 6.0 earthquake startled the residents of Melbourne on Wednesday morning - including one rare peregrine falcon shaken from a nest full of eggs.

A live video stream of the nest, tucked into a ledge on an office building in the city's central business district, caught the moment the temblor struck, causing the spooked falcon to leap from its nest to the edge of the building, and then dive off it with a squawk.

The quake was one of Australia's biggest on record and damaged some buildings in the country's second-largest city, though there were no reported injuries.

The video was provided by Mirvac Group, property manager for the 34-storey building known as the Optus Centre, located on Collins Street. A breeding pair of falcons have nested there since 1991, according to Mirvac's website for the building.The 367 Collins Street Falcons Live Stream was started four years ago by the Victorian Peregrine Project, one of BirdLife Australia's Raptor Group initiatives.

Bird watchers on social media said they believed the surprised falcon was a male. A scientist at BirdLife Australia told Reuters that both males and females incubate eggs.

A bird believed to be the mother returned to the nest minutes after the shaking ended, crouching over the several eggs that appeared undisturbed by the rumbling.

Just In: Earthquake with magnitude 6.0 earthquake struck #Australia near Melbourne on Wednesday,

This earthquake is considered to be biggest quake on record says Geoscience in Australia.#Australia #earthquake pic.twitter.com/SPVukp3pBh