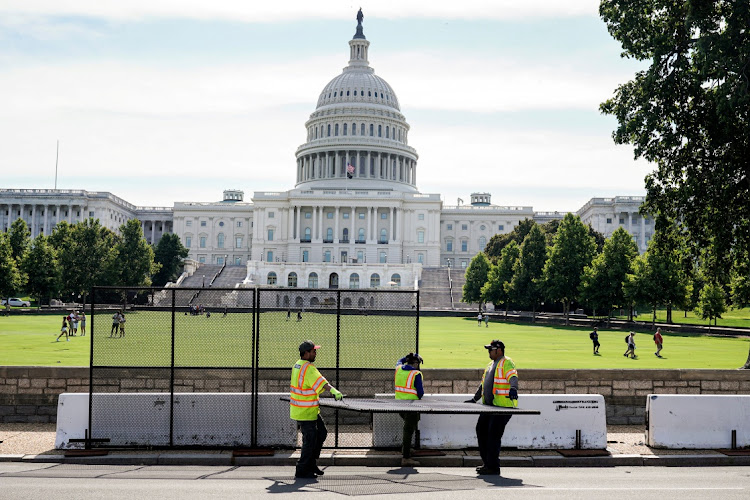 A North Carolina man facing criminal charges after claiming he had a bomb in his truck parked near the US Capitol pleaded not guilty on Wednesday, after a federal judge declared he is mentally competent to stand trial.

Floyd Ray Roseberry, who has a history of mental illness, is facing charges of using a weapon of mass destruction and making threats to use explosive materials.

His threats, which he live-streamed from his Facebook account, led to a more than five-hour stand-off with police. In the video , he said the "revolution's on."

Roseberry was ordered to undergo a competency evaluation in August, after he told U.S. Magistrate Judge Zia Faruqui he could not understand the legal proceedings against him because he had not been able to take medications for his blood pressure and his "mind."

On Wednesday, Faruqui said Dr. Teresa Grant, the forensic psychologist who has been evaluating Roseberry, recently concluded that his competency has been restored.

Previously, she had found that he was not competent because he had not been prescribed the proper medications.

"The new medication regime had stabilized his symptoms," Faruqui said, citing a Sept. 20 evaluation from Grant.

Roseberry's court-appointed lawyer David Bos said his client will plead not guilty to the criminal charges.

Bos also said he may petition the court to release Roseberry from pre-trial detention.

"We don't really have a release plan in place yet," Bos told the judge. "But with the help of Dr. Grant, we're hoping to come up with one."

US charges man who made bomb threat near US Capitol

The United States on Friday charged a North Carolina man who claimed to have a bomb in his truck near the US Capitol the day before, leading to a ...
News
5 months ago

A man who claimed to have a bomb in a pickup truck near the US Capitol surrendered to police on Thursday after a standoff that paralysed a swath of ...
News
5 months ago