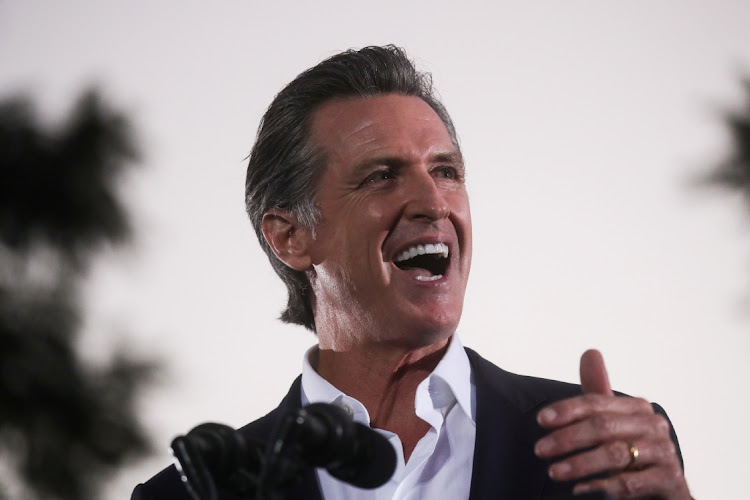 California Governor Gavin Newsom has signed a $15 billion package that will fund programs to tackle drought and climate change in the state after a devastating wildfire season.

Newsom signed 24 bills focused on climate and clean energy efforts, droughts, and wildfire preparedness, his office said in a statement on Thursday, describing the funding as the largest climate package in California's history.

About $1.5 billion will go towards preventing wildfire risk in forests, according to the statement from Newsom's office.

At the KNP fire today, while the realities of climate change surrounded us, we signed into law a $15 BILLION package that will help California tackle the climate crisis — from record heat waves, to extreme drought, to massive wildfires. https://t.co/akdIJTQBsw

This month, President Joe Biden renewed his push for significant investments to combat climate change as he visited California and took an aerial tour of areas hit by one of the country's worst fire seasons.

California typically experiences its peak fire season in late summer and fall. The state is on pace to see more of its landscape go up in flames this year than last, which was the worst year on record for the state.

Human-caused climate change has intensified the withering drought gripping the Southwestern US, the region's most severe on record, with precipitation at the lowest 20-month level documented since 1895, a US government report said on Tuesday.

Over the same period, from January 2020 through August 2021, the region also experienced the third-highest daily average temperatures measured since record-keeping began near the end of the 19th century, according to the National Oceanic and Atmospheric Administration.

The report warned that extreme drought conditions are likely to worsen and repeat themselves “until stringent climate mitigation is pursued and regional warming trends are reversed.”

'Down to nothing' - dry, heavy winds stoke growing California wildfires

An incendiary mix of strong, shifting winds and drought-parched vegetation stoked two of California's largest wildfires on Wednesday, with thousands ...
News
2 months ago

Extreme heatwaves that previously only struck once every 50 years are now expected to happen once per decade because of global warming, while ...
News
2 months ago

Mudslides that tore through a Southern California canyon on Wednesday, unleashed by heavy winter rains, trapped four people in their homes and badly ...
News
7 months ago

It’s not our grandkids who will be affected by climate change, it will be us if we don’t heed unpredictable weather events
Opinion & Analysis
3 months ago