EXPLAINER-What 'critical race theory' means and why it's igniting debate 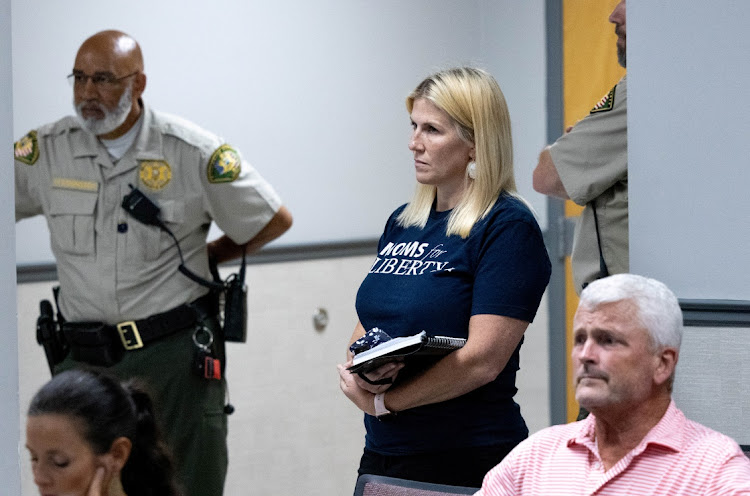 Robin Steenman, chair of the local chapter of Moms for Liberty, waits to speak at a board of education meeting, where she will make a public comment against teaching "critical race theory," a catch-all phrase to denounce school curricula and policies considered too progressive and the the teaching of certain civil rights texts to grade-school kids, in Franklin, Tennessee, U.S., August 16, 2021.
Image: REUTERS/Evelyn Hockstein

“Critical race theory,” a once-obscure academic concept, has become a fixture in the fierce US debate over how to teach children about the country's history and race relations.

Conservatives have invoked the term in schools and statehouses nationwide to denounce curricula and policies they consider too liberal. However, the term is widely misunderstood and misused.

WHAT IS CRITICAL RACE THEORY?

Critical race theory (CRT) is an approach to studying US policies and institutions that is most often taught in law schools. Its foundations date back to the 1970s, when law professors including Harvard Law School’s Derrick Bell began exploring how race and racism have shaped American law and society.

The theory rests on the premise that racial bias - intentional or not - is baked into US laws and institutions. Black Americans, for example, are incarcerated at much higher rates than any other racial group, and the theory invites scrutiny of the criminal justice system's role in that.

An often-cited illustration is America's War on Drugs. The 1986 Anti-Drug Abuse Act established harsher penalties for possession of crack cocaine than those for powder cocaine; Black Americans are more likely to be convicted of the former and whites the latter. Within four years, average federal drug sentences for Black offenders were 49% higher than those handed out to white offenders, according to the American Civil Liberties Union.

“We know that today racism is sustained more through law, policy and practices than through individual bias and discrimination,” said Boston University law professor Jasmine Gonzales Rose, who teaches CRT.

WHY IS IT GETTING ATTENTION?

The term gained a foothold in the conservative American consciousness in 2020 after the murder of George Floyd, a Black man, by a white Minneapolis police officer, an event that sparked a national reckoning on race.

Individuals and institutions began grappling with how racism persists in American society, despite the end of blatantly racist segregation policies of the civil rights era.

On September 1, 2020, conservative journalist and researcher Christopher Rufo went on Fox News to decry the anti-bias training happening in federal agencies as an example of critical race theory. Rufo described CRT as a radical ideology sowing racial division through education.

“Conservatives need to wake up,” Rufo told Fox News. “This is an existential threat to the US.”

Democratic President Joe Biden has since overturned that executive order.

HOW HAS THE DEBATE AFFECTED SCHOOLS?

In the year since Trump's executive order, conservative politicians, parents and right-wing media have deployed the term to denounce discussions of racism, “white privilege” or diversity initiatives in US public schools.

Parents have bombarded school board meetings across the country with complaints that CRT is being used to promote an anti-white, anti-American worldview through racial sensitivity training for teachers and allegedly biased curricula that indoctrinate impressionable children.

At least eight Republican-led states have passed legislation restricting how the concept of race can be taught. In Tennessee, where legislation was signed into law in May, lessons cannot make students feel “discomfort, guilt anguish” because of their race or sex.

WHAT DO EDUCATORS SAY?

Public school districts across the US, in liberal and conservative counties alike, have insisted that they do not teach the theory.

Still, two Tennessee teachers told Reuters that they and some of their colleagues are unsure how to teach accurately about slavery and other painful chapters of American history that could make some students uncomfortable about race, a potential violation of the new legislation. Tennessee's Department of Education has proposed revoking the teaching licenses of instructors who repeatedly run afoul of the law.

Chelsea defender Marcos Alonso has stopped taking the knee before matches this season because the anti-racism gesture is “losing a bit of strength“, ...
Sport
4 weeks ago

"We would assume in a majority black country this would mean black people do not carry social and racial bias. This is not true," tweeted the former ...
News
2 months ago