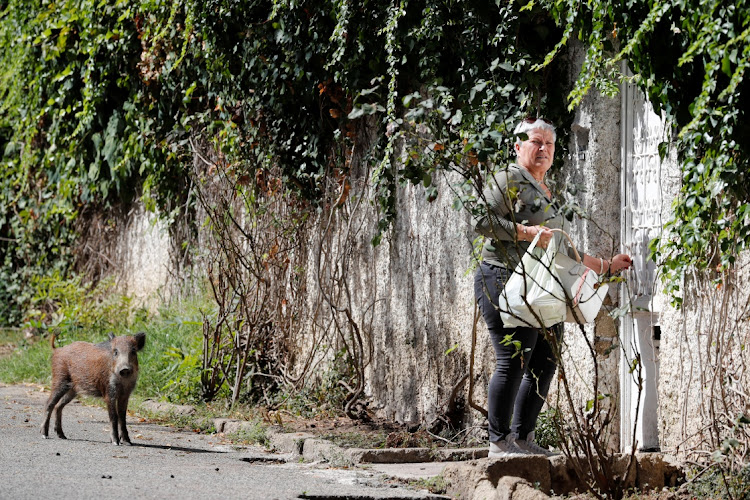 All roads lead to Rome, or at least so it seems for wild boar.

Sightings of boars trotting along the streets have become so commonplace in some neighbourhoods of the Italian capital that the problem has spilt over into campaigning for Rome's mayoral election.

The animals have been increasingly drawn to the city in recent years, attracted by the piles of stinking trash that tumbles out of often unemptied rubbish skips.

“I am scared ... one time I saw them as I was going to throw the rubbish away. They came after me,” Rome resident Rosa Carletti told Reuters TV.

A Reuters video on Wednesday showed adult boars walking through northern Rome with their piglets, blithely passing cars and pedestrians, without any fear or caution.

Mayor Virginia Raggi, a member of the 5-Star Movement, is seeking re-election in the October vote and has sought to the shift the blame for the unwelcome visitors onto her political foes.

In a legal suit she filed earlier this month, she accused the Lazio region, which is centred on Rome and is led by the centre-left Democratic Party (PD), of failing to keep the animals out of the capital.

The region has denied her accusations, saying management of the animals outside the countryside that rings the city is up to Rome's various municipal councils.

“Even walking to school ... has become dangerous here,” said Nunzia Cammino, who lives in the north of the capital.

Roberto Gualtieri, a PD member and one of Raggi's main opponents in the mayoral race, has said the suit against the region for the boars is “a joke” and has accused the incumbent administration of mismanagement.

In May, six boar were seen harassing a woman in a car park near Rome, forcing her to drop her shopping bags and flee. Last October, there was outrage after police shot and killed a sow and her six piglets on a playground near the Vatican.

“Instead of being mayor, Raggi has basically been a zoologist,” rightist leader Giorgia Meloni said on Wednesday while out campaigning for her candidate in the mayoral race.

“Wild boars, rats the size of labradors, killer seagulls, we've seen it all.”

While coronavirus closures are coaxing wildlife into the abandoned streets of many a metropolis, in one Israeli city the four-legged interlopers are ...
News
2 years ago