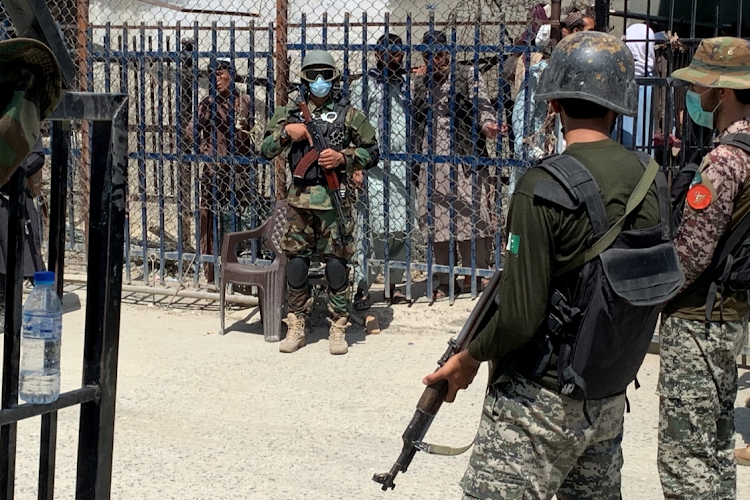 The fall of the internationally recognised Afghan government and its replacement by the Taliban represent a "significant change of circumstances", new prosecutor Karim Khan said in a statement.
Image: Gibran Peshimam/Reuters

The prosecutor of the International Criminal Court on Monday said he was seeking approval to resume a war crimes investigation into Afghanistan, focusing on the actions of the Taliban and the Islamic State Khorasan (ISIS-K) militia.

A statement said the request was being made to the court's judges in light of developments since the Islamist Taliban movement seized control of Afghanistan in a lightning advance last month.

The ICC had already spent 15 years looking into alleged war crimes in Afghanistan before opening a full investigation last year. That probe was put on hold by the Afghan government, which said it was investigating the crimes itself.

The Hague-based ICC is a court of last resort, intervening only when a member country is unable or unwilling to prosecute war crimes, crimes against humanity or genocide.

The fall of the internationally recognised Afghan government and its replacement by the Taliban represent a "significant change of circumstances", new prosecutor Karim Khan said in a statement.

"After reviewing matters carefully, I have reached the conclusion that, at this time, there is no longer the prospect of genuine and effective domestic investigations ... within Afghanistan," Khan said.

Judges will now review the request to resume the investigation, which had been examining alleged crimes by all sides in the conflict, including US forces, Afghan government troops and Taliban fighters.

After a decade spent trying to woo back cricket’s international elite, Pakistan is facing the prospect of being declared the game’s no-go area again, ...
Sport
9 months ago

No one from Afghanistan will address world leaders at UN

No representative from Afghanistan will address the annual high-level UN General Assembly in New York after the ambassador for the government ousted ...
News
8 months ago

Discussing oppression of racial, ethnic and religious minorities, Biden singled out China's Xinjiang region where rights groups estimate that one ...
News
9 months ago