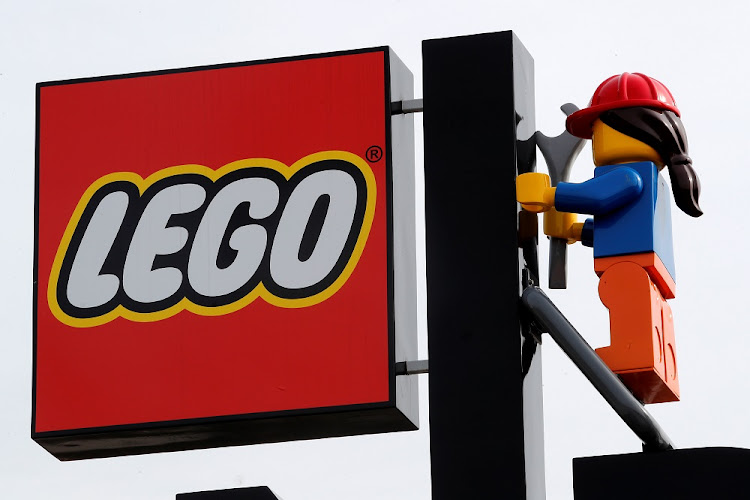 While parts of the global retail industry are still reeling from the pandemic and related supply chain issues, Lego says it has benefited from its decade-old strategy of placing production close to its key markets, cutting logistical issues and costs.
Image: REUTERS/Mike Segar

Toymaker Lego doubled its earnings in the first six months of the year as customers flocked to its reopened stores to buy Star Wars building sets, model Colosseums and flower bouquets made from its colourful plastic bricks.

While parts of the global retail industry are still reeling from the pandemic and related supply chain issues, Lego says it has benefited from its decade-old strategy of placing production close to its key markets, cutting logistical issues and costs.

“It has made us somewhat more resilient, since we have not had to send everything around the world urgently,” CEO Niels B. Christiansen told Reuters, adding that Lego has five large factories covering Asia, Europe and the Americas.

The family-owned company saw a surge in its online sales during the pandemic but reiterated on Tuesday it would continue to bet on physical stores to attract new customers.

“If anyone doubted whether stores would still have relevance on the other side of Covid-19, we have simply seen both traffic and revenue come back into stores,” Christiansen said.

Lego said it had outpaced the toy industry in all major markets during the first six months of 2021 as production was uninterrupted by Covid-19 restrictions and most of its physical stores reopened.

Based in Billund, Denmark, Lego expects to open 174 new stores around the world this year, reaching 851 stores in total. Last year, Lego opened 134 new stores. In the first half of this year it opened 60 new outlets.

Popular building sets in the first half of the year were Lego Star Wars and the advanced Lego Creator Expert sets, which include flower bouquets and a model of Rome's Colosseum. They have become popular among adults stuck at home during lockdown periods.

Lego also opened a new flagship store in Manhattan, New York City in June where customers are able to interact with Lego products, both physically and digitally, such as designing new Lego figures or creating a Lego model of one's face.

The new store format will be introduced to around 60 stores this year.

“It's less about selling products, more about showing the entire Lego universe to consumers,” Christiansen said.

Despite facing rising costs for freight and raw materials, Lego more than doubled its operating profit in the first six months of this year to 8 billion Danish crowns ($1.26 billion) compared to the same period last year.

Revenue grew 46% to 23 billion crowns and online sales across all platforms grew 50% compared to the same period last year, Lego said. It did not give a figure for online sales or their proportion of total sales.

Johannesburg businessman Henry Cock has smashed a Guinness World Record by running 76 half marathons in 76 days in an epic attempt to raise R4m for ...
News
3 weeks ago

LISTEN | 'She would have turned seven, She's now an angel in heaven': Special day for murdered Dickason girl

Wednesday would have been a special day for the Dickason family.
News
3 weeks ago

Phillips and colleagues found prevalence of probable depression in 63% of mothers and 29% of fathers. This is 33% higher than the usual numbers and ...
News
1 month ago

Impact of Covid-19 on school pupils has been detrimental - experts

"Parents need to be both patient and supportive in helping their child or adolescent manage depression and anxiety."
News
1 month ago