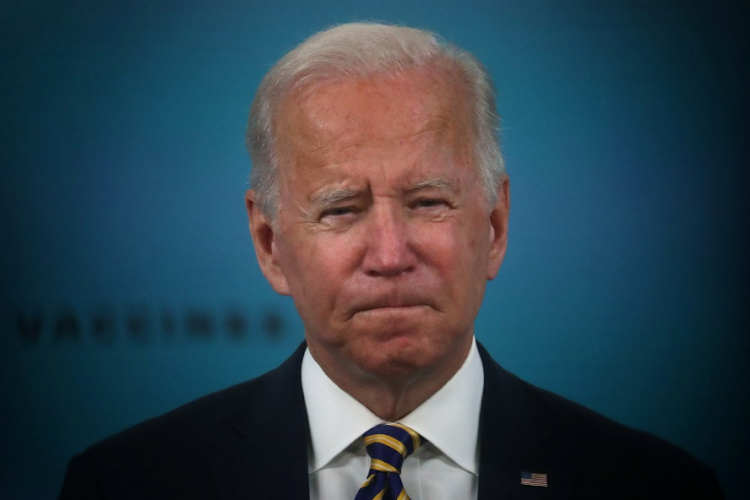 Before world leaders departed Scotland on their private jets at the end of the COP26 climate summit, one unexpected story to emerge was not about hypocrisy but US President Joe Biden allegedly breaking wind while speaking to Camilla Parker-Bowles, the Duchess of Cornwall, during a reception in Glasgow.

The duchess was reportedly taken aback by the alleged audible emission as she chatted to the president, saying “it was impossible to ignore”, the Daily Mail reported.

The alleged trump* occurred shortly after Biden urged countries to reduce methane gas emissions by 30% by the end of the decade.

Cutting methane gas levels — to which livestock production is a great contributor — is widely regarded as a critical step in the fight against global warming.

The duchess, who has been married to Prince Charles since 2005, has allegedly not stopped talking about the incident, the paper added.

Reaction to the story has been mixed, with Fox News remarking that the president’s approval would be lower if he was not “propped up by the mainstream media”, while The Cut noted that the duchess should have refrained from discussing it.

“Maybe the leader is stressed, or maybe they ate something weird, or maybe the world simply does not need to be burdened with considering the digestive tract of the US  president,” columnist Danielle Cohen wrote.

A week into the United Nations' high-profile climate conference in Glasgow, executives and financial analysts said they are optimistic the talks will ...
News
6 months ago

The story risked overshadowing widespread criticism aimed at other leaders who attended COP26.

At least 50 private jets ferried politicians and business people to Glasgow and Edinburgh for COP26.

A report by Forbes magazine noted that a private jet travelling between Glasgow and Rome, where many leaders had been at the G20 summit, would emit about six tonnes of CO2 per flight, though the figures would be skewed by the size and weight of each aircraft.

Private jets have a disproportionate impact on the environment, said Matt Finch, policy manager for the UK-based Transport and Environment campaign group.

“In just one hour, a single private jet can emit two tonnes of CO2,” Finch wrote. “The average person in the EU emits 8.2 tonnes of CO2eq [CO2 equivalent] over the course of an entire year.”

UK Prime Minister Boris Johnson later took flak in the UK press for opting to fly from Glasgow to London on a private jet to attend a dinner instead taking the 4.5-hour journey by train. Johnson had earlier told a round table of leaders that in tackling climate change “words without action, without deeds, are absolutely pointless”.

Prince Charles and the Duchess of Cornwall have previously been criticised for their widespread use of private jets. In 2020, the prince, who has long campaigned for people to live more sustainably, flew from the UK to Davos in Switzerland to launch his Sustainable Markets Initiative. In 2019, the royal couple were also lambasted for taking two separate private jet charters from the UK to Northern Ireland at a cost of £71,000.

What’s the difference between 1.5°C and 2°C of global warming?

A melting iceberg arrives in Glasgow from Greenland to remind the negotiators at #COP26 about the effects of global warming.
News
6 months ago

If Musk and his ilk don’t want to invest in food aid, they should fund climate-smart innovations
Opinion & Analysis
6 months ago