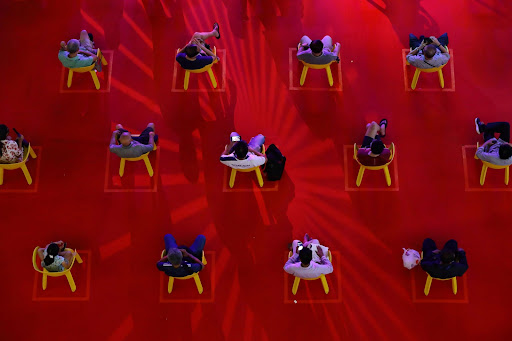 Singapore reported its first suspected local Omicron cluster, a group of three Covid-19 infections traced to a gym, the health ministry said in a statement on Monday.

The potential spread of the highly contagious variant within the community is likely to prompt further concerns about new reversals in the city-state’s reopening as its worst virus surge yet subsides.

The rapid spread of Omicron in other European countries and the US have already prompted new curbs there to slow its surge. Omicron quickly became the dominant variant in the US, rising to 73% of all sequenced Covid-19 cases in the country from about 3% last week, according to Centers for Disease Control and Prevention estimates.

“Given its high transmissibility and spread to many parts of the world, we should expect to find more Omicron cases at our borders and also within our community,” said the health ministry.

Singapore maintains vaccinated travel lanes (VTLs) with several countries where Omicron has spread rapidly, including the US and Europe’s largest travel hubs. The VTLs require full vaccination and negative tests for boarding, with the promise of quarantine free entry after further tests on arrival.

Prime Minister Lee Hsien Loong warned in late November that Omicron’s arrival could require Singapore to “take a few steps back” in its reopening plans “before we can take more steps forward”.

Two of the three cases in Singapore’s cluster have been preliminarily confirmed as Omicron, while the third is pending. All who tested positive had no recent travel history and were fully vaccinated.

Local Covid-19 cases have fallen over the last two months, down from a high of more than 4,600 daily cases on October 27 to less than 200 on Monday. At the same time, Singapore has seen a sharp rise in imported cases, with over 90% of 49 infections found among travellers from abroad on the same day being caused by Omicron.

Singapore plans to begin vaccinating one of its last remaining groups, children age 5 to 11, starting on December 27. Its first shipment of paediatric vaccine, from Pfizer-BioNTech, is due to arrive on December 22.

“With more Omicron variant cases detected locally and globally, vaccination is key to protect both the young and old,” health minister Ong Ye Kung said in a Facebook post.

London mayor Sadiq Khan has declared a “major incident” due to a rapid spread of the Omicron Covid-19 variant across the UK capital, according to a ...
News
7 months ago

China urged residents of the country’s higher-risk Covid areas not to travel unless necessary as the country goes into new year and spring festival ...
News
7 months ago

Rampant Covid-19 variant on the rampage in 89 countries, says WHO

The Omicron variant of Covid-19, revealed by SA scientists just 23 days ago, has been reported in 89 countries, the World Health Organisation said on ...
News
7 months ago