Russia faces lost decade after its deadliest month of pandemic 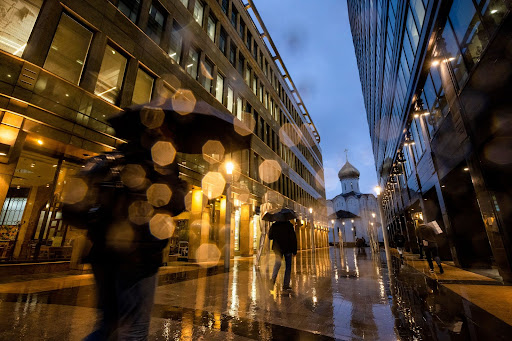 November was Russia’s deadliest month of the Covid-19 pandemic, deepening a demographic crisis that President Vladimir Putin says is a threat to the country’s future.
Image: Bloomberg

November was Russia’s deadliest month of the Covid-19 pandemic, deepening a demographic crisis that President Vladimir Putin says is a threat to the country’s future.

There were a record 87,527 deaths associated with the virus last month, according to data released by the Federal Statistics Service late Thursday. That was a 16% increase over the previous month, and raised total fatalities linked to Covid-19 in Russia to more than 625,000 since the start of the pandemic.

“Life expectancy in Russia has regressed by a decade,” said Vera Karpova, a demographer at Moscow State University who estimates Covid-19 has cut more than three years off the average lifespan to under 70. “The last time life expectancy was 70 was in 2012.”

Russia had a record number of cases last month amid a stubbornly low vaccination rate, despite the widespread availability of a free domestic vaccine. That’s even before officials have reported any significant presence in Russia of the far more infectious Omicron variant of Covid-19, which has surged through the US and Europe and prompted some governments to restore social restrictions.

About 62% of Russians have collective immunity either from an inoculation or by recovering from the virus, according to the government’s Covid-19 reporting centre.

Russia expressed satisfaction with the outcome of Thursday’s phone call between presidents Joe Biden and Vladimir Putin, easing the month-long ...
News
6 months ago

Putin said last week at his end-of-year press conference that the slump in life expectancy in the world’s largest country was a threat to Russia’s geopolitical standing and its economy amid a growing labour shortage.

“I have mentioned the unfortunate decrease in life expectancy and increase in mortality we are seeing, and in this regard it is aggravating one of our most important problems,” Putin said. “From a humanistic point of view and a geopolitical one, a population of 146-million in such a huge country is completely inadequate.”

Russia reported 912 deaths from Covid-19 in the past day, the lowest since the start of October, the government’s reporting centre said on Friday.

The nation releases full data on pandemic fatalities with a substantial lag. The November figures were 2.4 times higher than the Covid-19 reporting centre’s daily calculations.

The number of reported new daily infections in Russia has fallen by almost half from its peak in early November, even as the Omicron variant has pushed case counts to record highs in countries including the US, UK and France.

The strain has not yet become the dominant one in Russia, Anna Popova, head of the government’s public health watchdog, told a summit of Commonwealth of Independent States leaders in St Petersburg on Tuesday.

The number of excess deaths in Russia points to a greater Covid-19 toll than the revised figures show, according to Dmitry Kobak, a researcher at Tübingen University in Germany.

“By the end of the year, there will be well over 1-million victims of Covid-19” since the outbreak erupted, he said. While there appear to be significantly fewer deaths in December than last month, “there will be nearly 700,000 in 2021”, he said.