Norwegian mass killer Breivik as dangerous now as a decade ago, court told 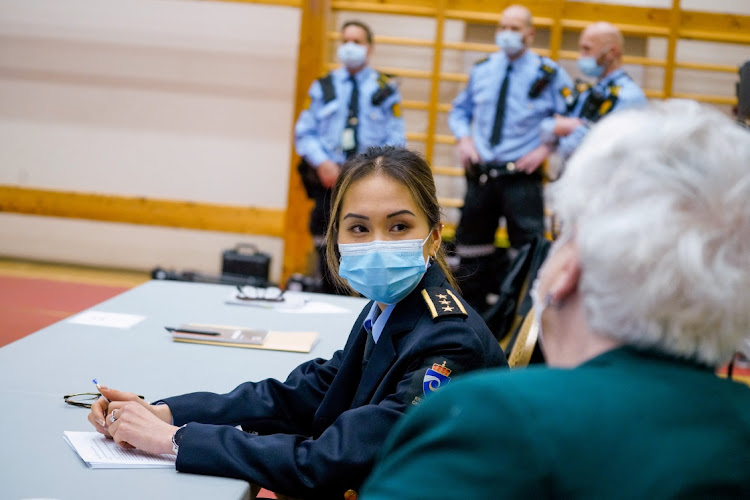 Norwegian mass murderer Anders Behring Breivik remains just as likely to commit acts of violence today as he was a decade ago, a psychiatrist testifying at his parole hearing said on Wednesday.

Breivik, a far-right extremist, killed 77 people in Norway's worst peacetime atrocity in July 2011. He killed eight with a car bomb in Oslo and then gunned down 69, most of them teenagers, at a Labour Party youth camp.

The 42-year-old neo-Nazi is serving Norway's maximum sentence of 21 years, which can be extended indefinitely if he is deemed a continued threat to society. But after a decade in prison he is entitled to apply for parole.

“In my opinion, the risk that he will carry out violent acts in the future has not diminished since I wrote my first risk assessment in 2012-2013,” prison service psychiatrist Randi Rosenqvist told the court.

She said: “I do not recommend granting him parole.”

Rosenqvist, who has written multiple evaluations on Breivik during his time in jail, said he had also consistently rejected therapy. Breivik stood trial in 2012.

In his own testimony on Tuesday, Breivik blamed online radicalisation  by far-right extremists for his crimes, saying he had been “brainwashed” into carrying out the attacks.

Breivik, who gave a right-arm Nazi salute as he entered the court on Tuesday, also said he would continue to fight for white supremacy and national socialist dominance, albeit via peaceful means.

Prosecutor Hulda Karlsdottir said Breivik's two-hour testimony on Tuesday showed why he should be kept behind bars.

“My initial reaction and the impression given throughout is that he is very dangerous and that he has not changed since 2012,” she said, speaking to reporters on Tuesday after the court adjourned for the day.

Lars Erik Berntzen, a University of Bergen postdoctoral fellow and expert on far-right extremism, said Breivik's court appearance showed he was seeking to control the narrative.

“This is political theatrics to reach out to possible supporters,” Berntzen told Reuters.

Proceedings will take place over a maximum of four days in a prison gymnasium converted into a makeshift courtroom, with a decision expected about a week later.

A 37-year-old Danish citizen is suspected of killing five people with a bow-and-arrow and other weapons in the Norwegian town of Kongsberg in a rare ...
News
7 months ago

Anders Behring Breivik, who slaughtered 77 people in Norway last year, has written to a far-right gang member in Germany charged with helping in a ...
News
9 years ago

The University of Oslo says it has rejected convicted mass killer Anders Behring Breivik's application for admission to its political science ...
News
8 years ago

Anders Behring Breivik, who killed 77 people in Norway, said that the massacre was necessary to prevent his country's cultural destruction. "We in ...
News
10 years ago