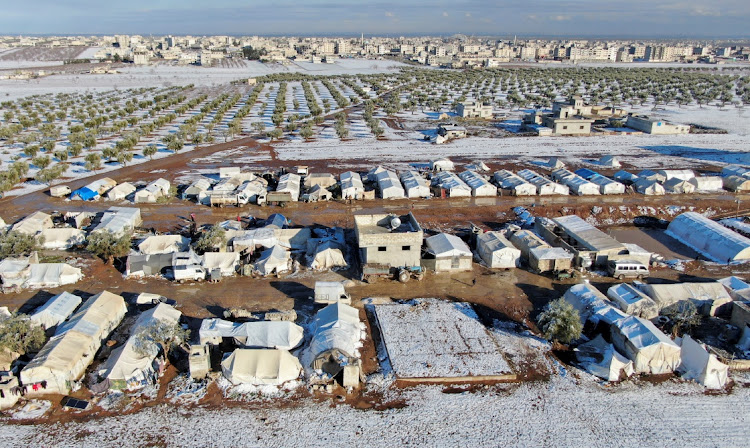 At least one child was killed in northern Syria this week when a storm blanketed tented camps in snow and brought freezing temperatures, compounding the misery of thousands of people displaced by the Mediterranean country's decade-long war.

The child died and its mother was in intensive care after snow caused their tent to collapse in the Qastal Miqdad area, as a result of the storm that struck on Jan. 18, the UN Office for the co-ordination of Humanitarian Affairs said.

Two children were hospitalised due to the cold, it said.

“I was scared the tent would fall down on the kids,” Abu Anas said in Zaitoun camp in northern Syria, after his family fled from eastern Gouta, an area on the outskirts of Damascus that was devastated by the conflict.

“It is a miserable situation. No heating, a tent that is not suitable even for animals. Our situation is bad,” he said after Storm Hiba struck.

In his camp, people laid stones across puddles to create footpaths.

The United Nations, which warned about flooding once the snow started to melt, said 362 tents had been damaged in the region as of Jan. 19 and more than 400 families had been affected.

In the northern camp of Abraz, one of the worst affected places, families had to be evacuated, the United Nations said.

Syria's civil war has killed hundreds of thousands of people, forced millions to flee their homes, creating one of the worst refugee crises since World War 2.

With Russian backing, the Syrian government has regained control of most of the country, driving rebel opponents to pockets of territory in the north.