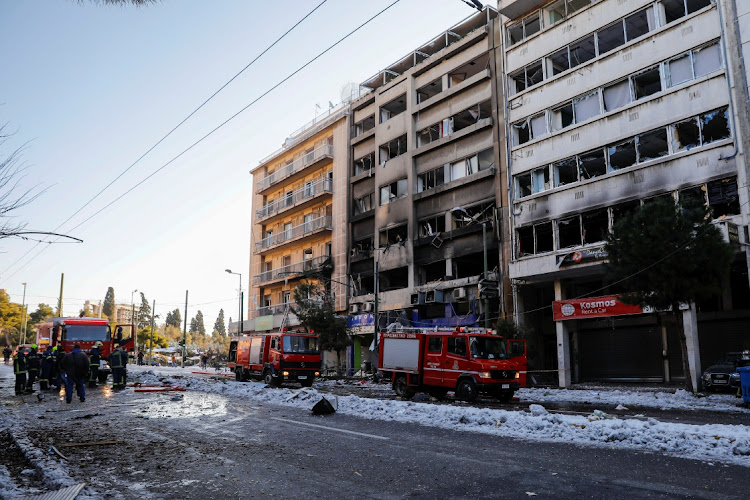 Firefighter vehicles are seen outside a building after a blast in Athens, Greece, January 26, 2022.
Image: REUTERS/Costas Baltas

One person was injured and several buildings were damaged by an explosion in central Athens that led to a fire early on Wednesday, officials and witnesses said.

One person has suffered burns and has been transferred to hospital, the head of workers at the National Center for Emergency Care, Giorgos Mathiopoulos, told Skai TV.

It was not immediately clear what triggered the blast or the fire, a fire brigade official said.

“We have a fire, there was a blast before that,” said a fire brigade commander at the scene.

“We don't know what caused it yet, there is extended material damage, and a fire started,” a fire brigade official told Skai TV.