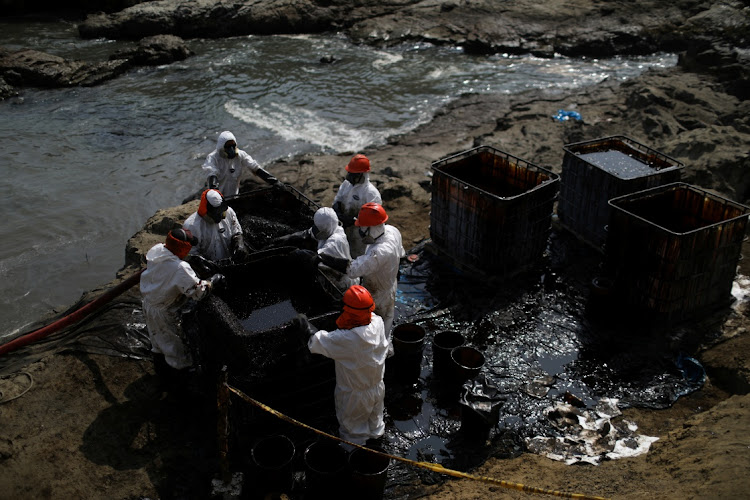 Peru said on Wednesday that an estimated eight barrels of crude oil leaked off the country's central Pacific coast as part of the cleanup process following a bigger spill earlier this month.

Spain's Repsol SA, which was removing remnant crude oil from a pipeline 18 meters (59 feet) under the surface of the sea, said the escaped oil was an expected part of the process and contained.

“A new oil spill is ruled out,” said Repsol, adding that the containment barriers, absorbent elements and skimmers were already in place in the area as a safety measure and the hydrocarbon was controlled.

Peru's energy regulator Osinergmin said the agency had supervisors at the scene and verified that the situation was under control.

Peruvian authorities have said some 6,000 barrels of oil were spilt in the Jan. 15 event at Repsol's La Pampilla refinery, which President Pedro Castillo called the biggest ecological disaster to affect the Andean nation in recent years.

The initial spill from a tanker that was unloading crude at La Pampilla was blamed on unusually large waves after the huge undersea volcano explosion in Tonga some 10,000km (6,213 miles) away triggered tsunami warnings across the Pacific Ocean.

La Pampilla is Peru's largest refinery and supplies more than half of the local fuel market.

Tonga likely to spend a month without internet cable

The undersea telecommunications cable connecting Tonga to the rest of the world that was damaged by a volcano eruption will take at least a month to ...
News
4 months ago